What’s With the Dots on the Windows? 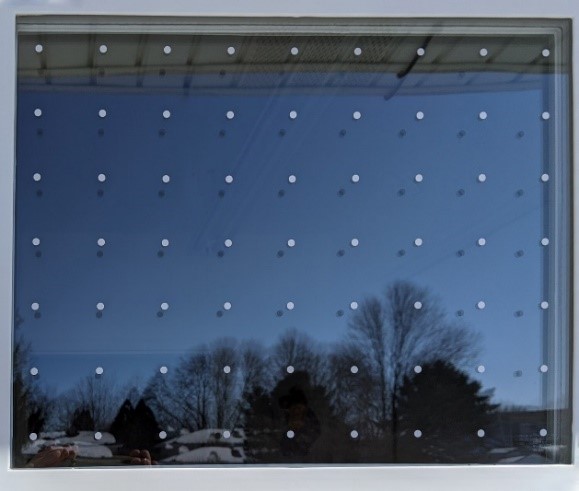 The next time you swing by the Exhibit Hall, you’ll likely be seeing spots—not because you’re that much older than your last visit (although six months of social distancing may have you feeling that way!), but because of last week’s bird-friendly upgrade. Thanks to over $12,000 of generous grant funding from the National Fish and Wildlife Foundation and Lights Out Baltimore, contractors just installed Feather Friendly® markers on all of our larger windows and doors, totaling 655 sq ft of coverage.

Unfortunately, the trend in modern architecture to maximize natural light doesn’t befit the habits of our avian neighbors. Glass panes are an invisible threat to flying birds; this is particularly true during spring and fall migration, when birds are most active near dawn and dusk. Twilight’s low sun angles make it especially difficult for fast-moving birds to distinguish between actual habitats and mere reflections of vegetation. Only recently have scientists discovered how serious the problem is; in fact, window strikes are the third leading cause of avian mortality, behind only habitat loss and outdoor cats. It is estimated that glass collisions take the lives of at least 600 million birds in North America each year. That’s roughly two birds for every single building; it is also between 5 and 10% of the total bird population of the continent.

Urban light pollution amplifies the problem, as most birds navigate by the stars and become disoriented 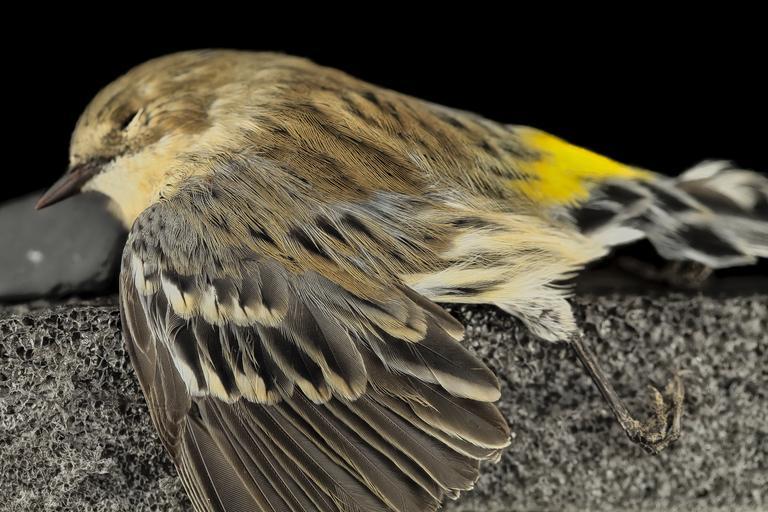 by distant city lights. Lights Out Baltimore is one of roughly twenty organizations around the country lobbying for darkened cityscapes during peak migration times; they also monitor the city’s most collision-prone buildings at daybreak. While they are able to rescue and rehabilitate about 100 injured birds annually, they find four times as many avian fatalities on Baltimore’s sidewalks.

The 2” x 2” grid of dots now gracing Irvine’s windows will cut down tremendously on bird mortality at our Center. While it barely affects our ability to see out, it enables flying birds to envision a barrier, instead of a thruway. Irvine joins a small number of local, conservation-minded organizations that have retrofitted their buildings with window markers or

opaque films. The list includes the Patuxent Wildlife Research Center in Laurel, the National Aquarium, and CCBC-Dundalk’s Student Services Center. Bird-safe design is being increasingly incorporated into new building plans; just this summer, in fact, Howard County became only the second county in the U.S. to pass legislation mandating it. Some local environmentalists hope to persuade surrounding counties to consider doing the same, with the eventual goal of convincing the General Assembly that Maryland should become the trailblazer and adopt such unprecedented legislation on a statewide level. 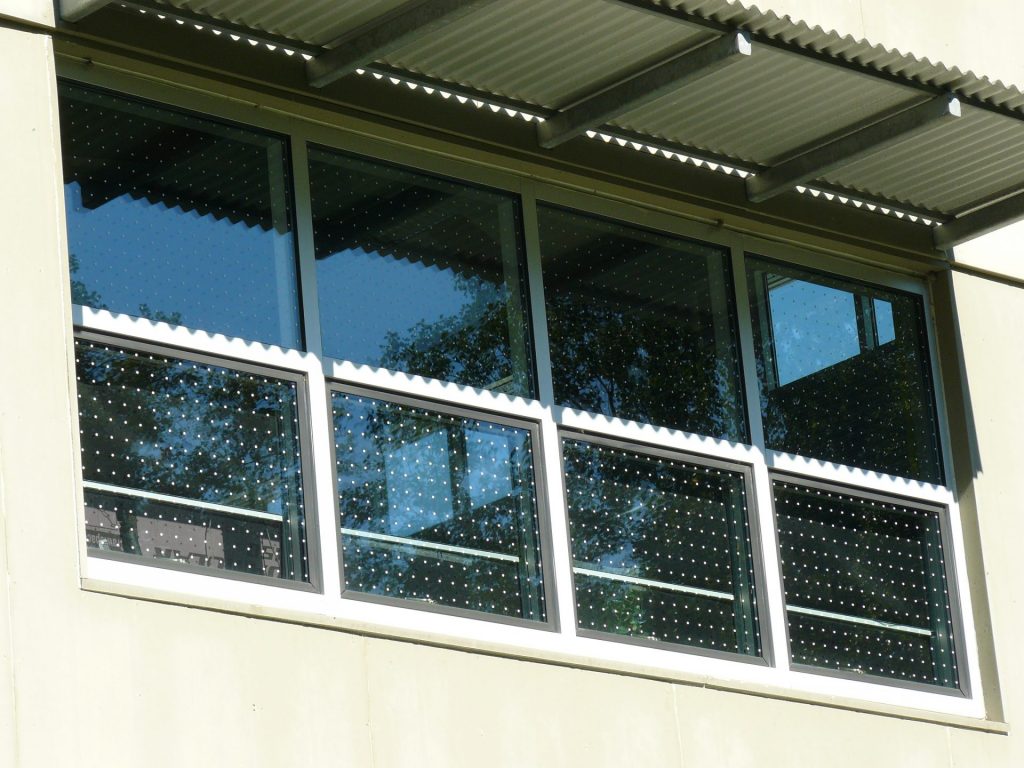 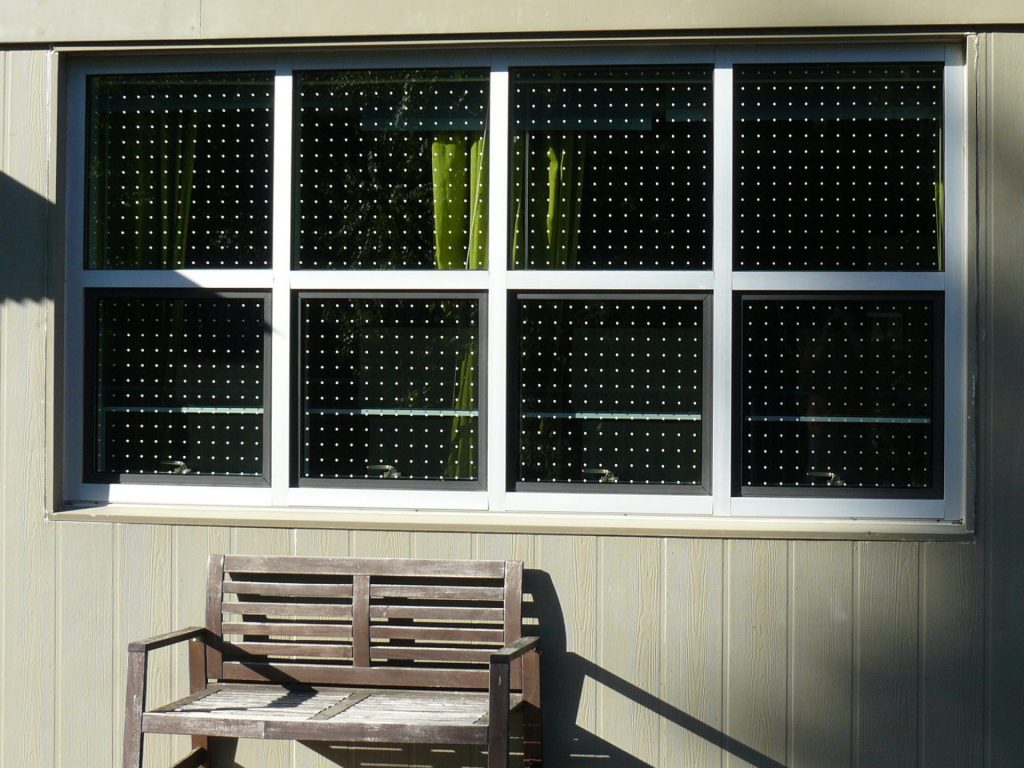 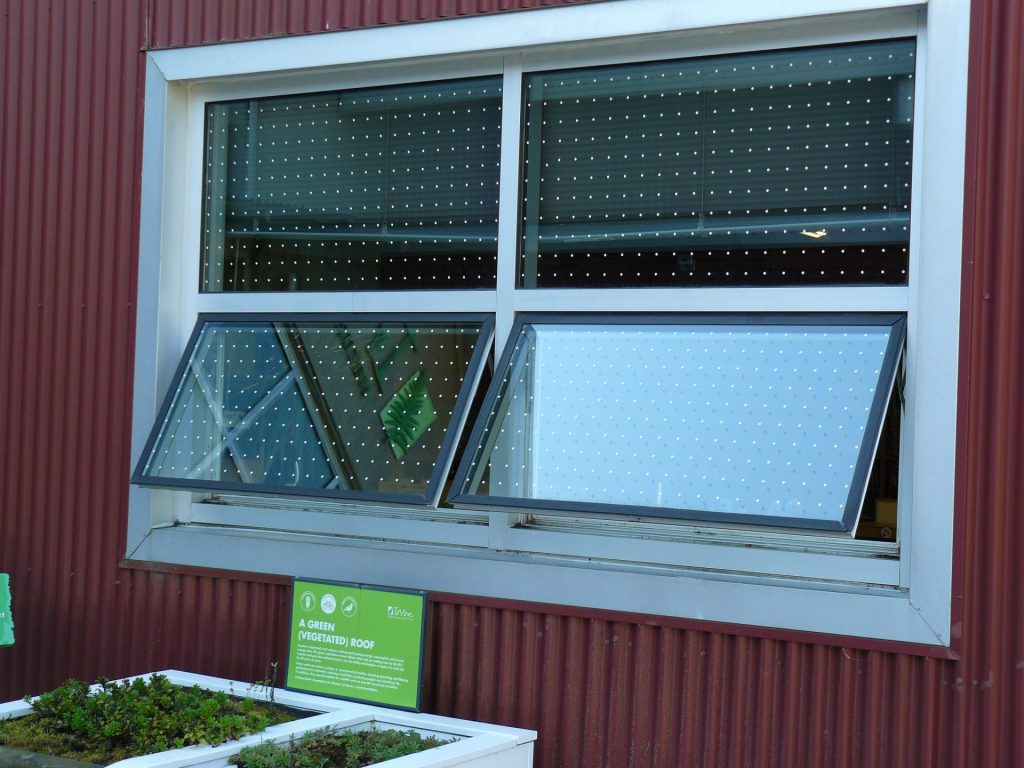 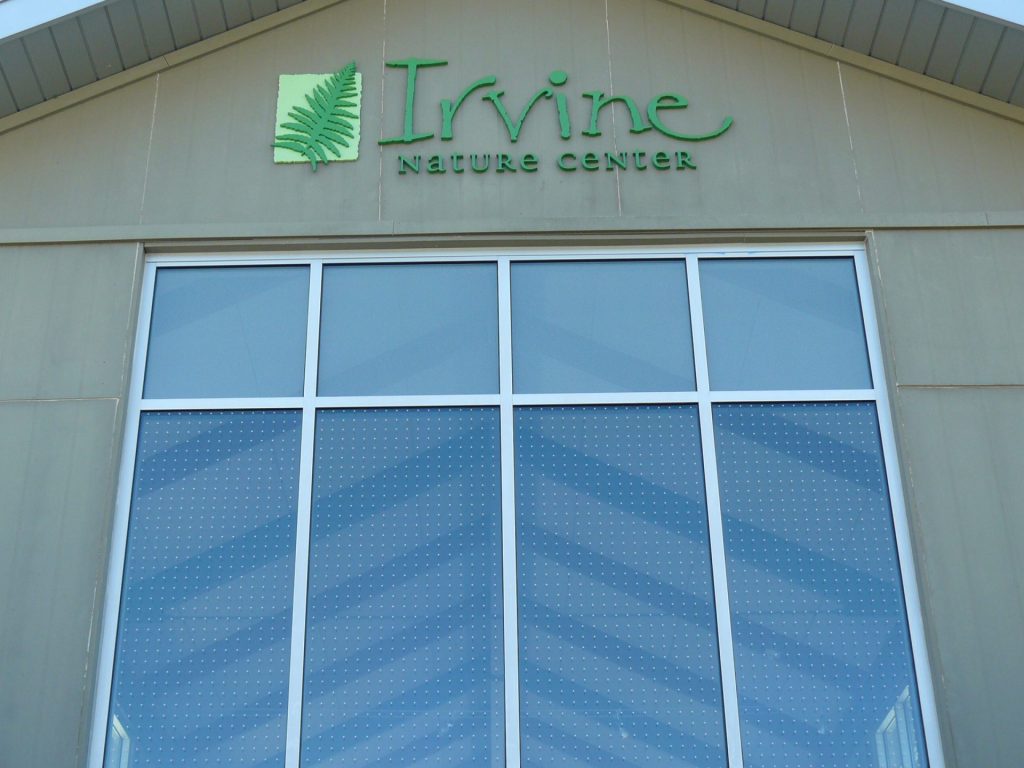