Spring brings so many new changes to Irvine. One of our new favorite places to visit is the snail nursery. At first, we didn’t know what we had in the streams. We realized that we were seeing a lot of “gel-like blobs” on the bottoms of rocks. Upon researching further, we discovered that these “blobs” were in fact snail egg sacks!! As we inspected the stream more, we noticed baby snails everywhere.  This stream was quickly designated the “snail nursery”!

One of our Forest Dreamer friends brought in a book to share. He is interested in rocks and gems and wanted to show his friends his favorite rocks. After snack, the children took to the stream bed to find some gems of their own. The children’s pockets were soon overflowing with “gems”.  We had to explain the importance of the rocks in the streams and why they needed to remain behind.

Today we carried our journals to the nursery. We asked our Forest Dreamer friends to draw a scene from today’s adventures!  We had a range of pictures consisting of “wood snakes”, the sky (as he laid relaxing on the bridge), and the “gems” from the water below.

Our Forest Dreamer friends NEVER get tired of catching tadpoles and frogs. We now have added snails to the mix. As we investigated the ponds, we noticed hundreds of tadpoles and snails. This led to a full class worth of FUN!

The children designated two containers for their collections. One was the playpen and the other was the nursery. Ms. Stephanie was the childcare provider!  The children set out to fill these containers with our water friends. It was so fun to watch the excitement as they brought new animals into the “family”!  As one time, we attempted to catch an adult green frog, but it proved to smart for us!

As time went on, some of our friends grabbed the paint brushes and did some water art on the dock. They traced object, practiced their names, and added other creations to the boards. This crew is so enjoyable because the never get tired of exploring and trying new things! 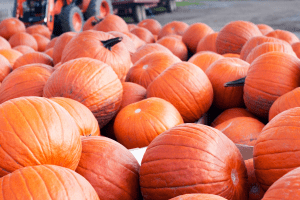