Ah, 2020. Already a truly unforgetable year, and still over three months to go! It will 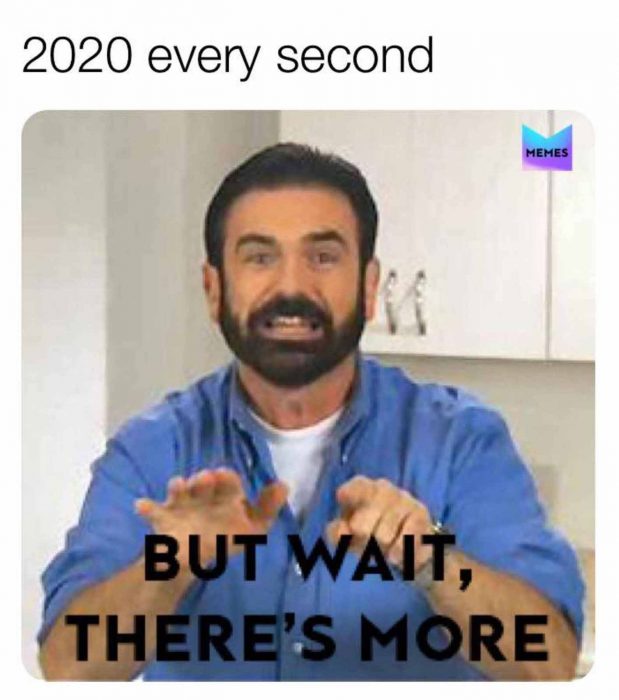 undoubtedly go down in history as the year of PPE, since we’ve all needed an armored suit of Personal Protective Equipment to survive the horrors of this year’s Pandemic, Politics, and Embers. Since pandemic-fatigue is a very real phenomenon and running rampant at the moment and the political situation is simply too depressing to broach, I’ve been getting my ‘news fix’ lately by following the devastating wildfires out west. (Much more uplifting, right?!?) It is truly remarkable–and a final nail in the coffin of climate change denial–how similar this current rash of natural disasters is to the Australian crises of . . . can you believe? . . . just eight months ago. These truly are unprecedented times, on so many fronts. 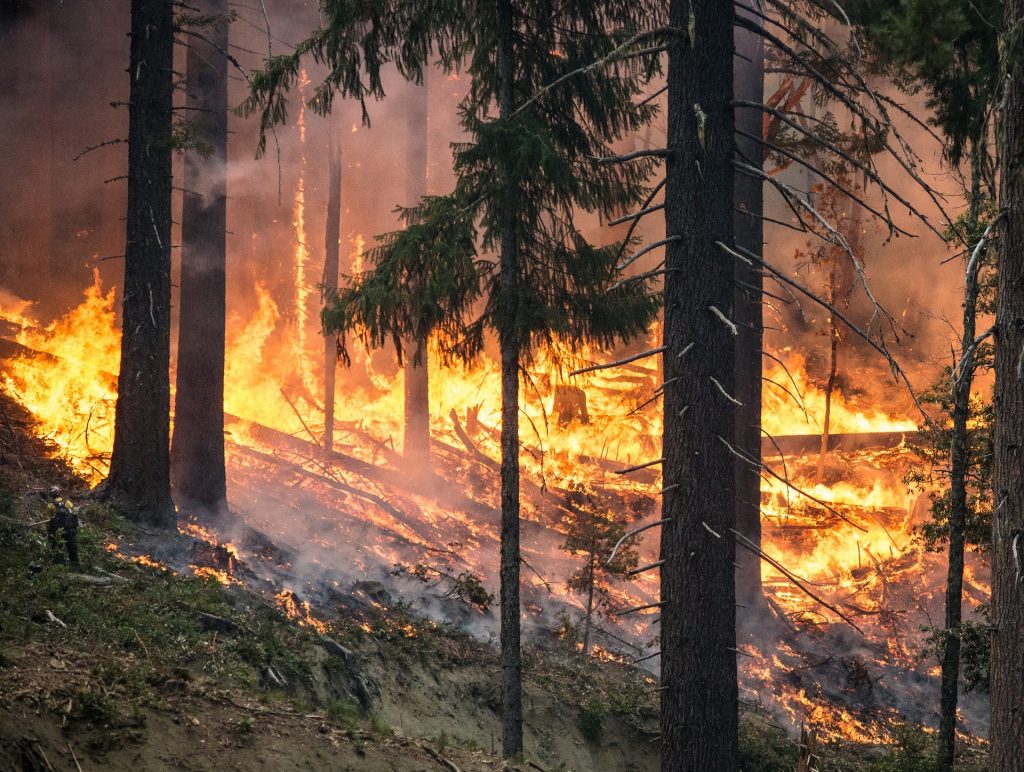 A quick synopsis for those who, unlike me, are avoiding the news altogether, for fear of sinking even deeper into despair. With weeks still remaining in their typical ‘fire season,’ California, Oregon, and Washington are experiencing, hands-down, their worst season of wildfires ever. In all, there have been over 80 major fires (defined as those which scorch at least 1000 acres) and a combined 5 Million acres have burned. That is an area roughly 2/3 the size of Maryland. At least 35 people are known to have perished, and dozens more are still missing. In Oregon more land burned last week than in a typical year; at least five small towns have been completely destroyed, and a full 10% of the state’s population has been put on evacuation alert. Inconceivably, given the massive size of the state, nearly 4% of California has gone up in flames over the past six weeks. The August Complex Fire in northern California now qualifies as the largest wildfire in the state’s history. The blaze is

comprised of 37 smaller fires in the Mendocino National Forest, most of which started during a series of dry lightning storms on the night of August 17th and spread rapidly, thanks to unusually strong winds out of the east (a rare event in itself) the next day. This complex has ravaged a land area equal to Baltimore and Carroll Counties combined.  The scene has been likened to a war zone by witnesses, and the smoke-filled skies left San Francisco with eerie orange skies for days and led to the rare closure of Yosemite National Park–not because of direct fire threat, but because the air quality was so extremely unhealthy. Over the past ten days, the west coast of the U.S. has recorded the worst air quality anywhere on Earth, and high haze from the smoke of these fires reached the Baltimore area last week and was even detected in Europe two days later!

In perhaps the strongest argument for a Darwin Award in the ‘pairs’ category, a young couple decided that it

would be a good idea to embellish their outdoor ‘Gender Reveal’ party outside of Los Angeles on September 5th by using a pyrotechnic smoke bomb to publicly announce the sex of their soon-to-be family member. Disregarding the previous winter’s drought, the unusually hot spring and summer, and the ample tinder in the nearby San Bernadino National Forest, the couple went ahead with the stunt, it malfunctioned, and, as a result, over 20,000 acres have burned over the past two weeks, tragically taking the life of a firefighter along with it.

Of course, for those of us concerned about the environment (which should be all human beings, by the way), the catastrophic events on the west coast–as well as those in the Australian bush last January–signify a sign of things to come with increasing frequency. Scientists across the board do not view these 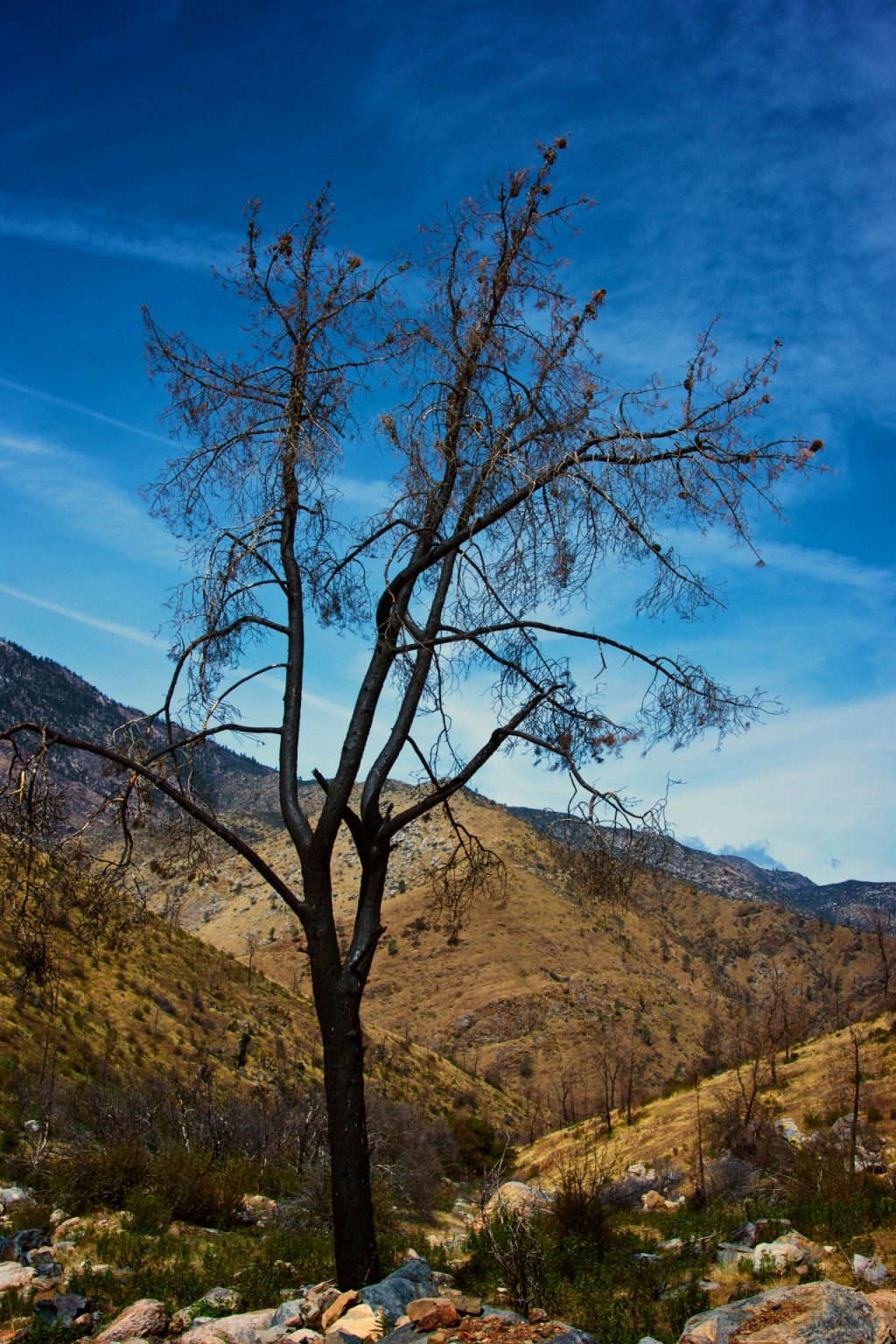 wildfires as an anomaly or outlier; instead, they are clear indications of a new normal. Shockingly, of the ten largest wildfires in California history, five of them are smoldering right now; what’s more, the other five have also occurred in the 21st century! Researchers at Stanford University have determined that the average summer temperature in fire-prone mountainous regions of California has risen a full 2o Fahrenheit since the 1980’s; what’s more, summer precipitation has dropped 30% in that time. The amount of spring snowmelt coming out of the Cascades has decreased significantly, as the snowpack has shrunk, leaving soil

conditions relatively parched heading into the dry season. This combination of warmer and drier conditions has extended the typical fire season by more than two months and has also doubled the area of fire-prone habitat. Climate change is clearly to blame, and, as so many environmental hazards do, its impacts are compounding daily, for CO2 is a byproduct of wildfires and it, in turn, works with other greenhouse gases to trap the sun’s heat within the Earth’s atmosphere— at the same time, of course, that the fires are burning the very trees that we need to help remove CO2. There is widespread agreement throughout almost all of the scientific community that large-scale fire events will continue to become increasingly frequent and more severe in the decades ahead.

This is not to say that climate change is the sole cause of so much of our west coast being ablaze. There seems to be some grain of truth to the allegation that forest-thinning processes have fallen behind in recent years, leaving a surplus of tinder on forest floors. A more significant 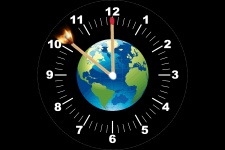 contributing factor is the proliferation of invasive Cheatgrass (Bromus tectorum) in recent years. Native to Eurasia and parts of Africa, Cheatgrass is a rapidly growing annual plant that blooms early in spring and goes to seed already by mid-June–way ahead of the phenology of most of our perennial grasses. Thus, it is completely dried out by late summer and provides a plethora of fuel for western fire season. Still, if historical weather conditions persisted out west, rather than the hotter, drier trend of the past few decades, we’d be much more able to contain whatever fires would ignite. Until we begin to make a significant dent in our carbon footprint–the baby-steps of recent decades won’t cut it!–we can expect catastrophic wildfires, and other natural disasters, with increasing regularity.

We started 2020 with heart-wrenching images of cuddly koalas with burned foot pads and singed fur when Australia experienced bushfires on an even greater scale than we are witnessing now. Altogether, the fires down under burned about eight times as much land as the American west has lost this summer; that’s near impossible to fathom. Still, those horrific pictures of scarred and panicked little marsupials actually turning to humans for help remain ingrained in my mind and have left me worried that we are experiencing similar widespread animal tragedies out west. Thankfully, that doesn’t seem to be the case.

From a habitat perspective, both the western U.S. and the coasts of eastern Australia are similar in that they are comprised largely of montane forests containing relatively dry, shrubby undergrowth–much like a wooded chapparal. In the mountains of California, the forest canopy is primarily conifers; in Australia, it’s mostly eucalyptus. Both are evergreen and both burn readily. Because of this, fires are a normal part of the natural cycle in these habitats, and the wildlife

in these very disparate parts of the world has evolved to cope with a pattern of occasional wildfires. For larger mammals and most birds, the escape strategy is simply to flee in times of fire. For smaller organisms (reptiles, amphibians, insects, rodents), burrowing underground or into small bodies of water often provides safety. Remarkably, while above-ground temperatures may soar

well above 1000o in the midst of an inferno, just several inches underground the climate remains relatively unchanged.  What appears to succumb most readily to wildfires are mid-sized animals, relatively immobile critters, and those with very specific habitat requirements.  All of these characteristics describe the koala, as well as a number of other Australian endemics, like wombats and kangaroos. Koalas, in fact, seem to have a fairly counterintuitive response to fire; they climb higher into the treetops. As a result, parts of Australia (New South Wales, in particular) are believed to have lost over 1/3 of their Koala population in last winter’s blazes. In total, Australian lost more than half a billion wild animals to the record-breaking fires of late 2019 and early 2020. 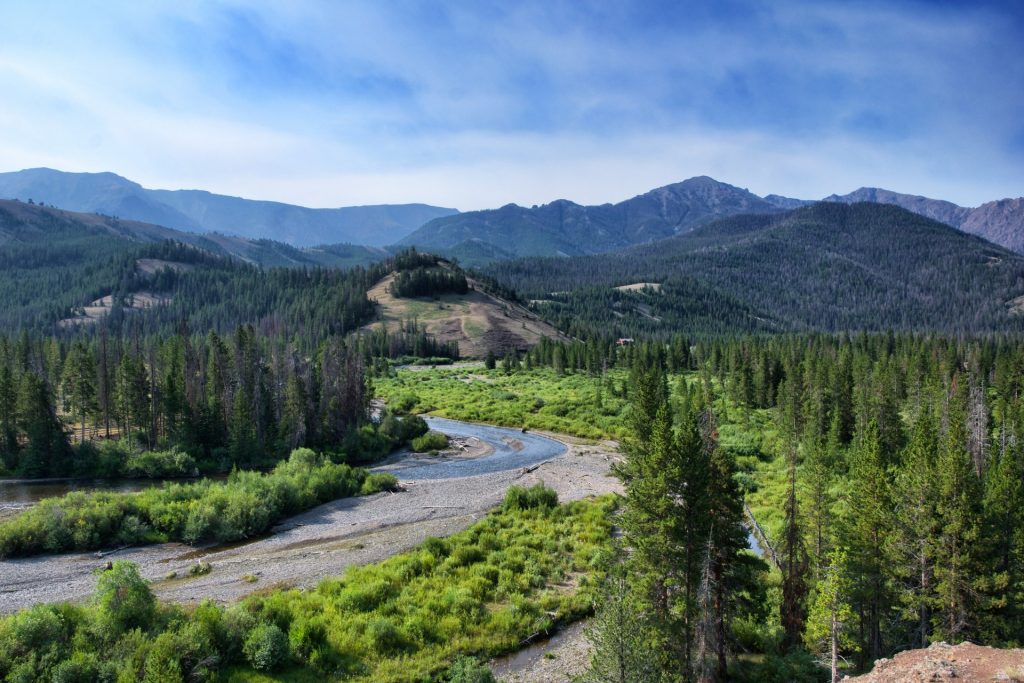 communities. With a preponderance of larger fleet-footed animals and many burrowing creatures, early indications are that the U.S. wildfires will not lead to the same level of wildlife carnage, at least not immediately. Porcupines, however, do seem to be one of the exceptions, as they have little defense against rapidly spreading flames. The big unknown, however, is the long-term hazards that await animals whose habitat has been destroyed and food supply greatly diminished. While over time fire-charred landscapes often come back healthier and more able to support a diversity of life, this slow process can take decades, or longer, and many wildlife populations dwindle or move elsewhere during this recovery. For extreme habitat specialists, however, like Sage Grouse, the options to relocate may be few. 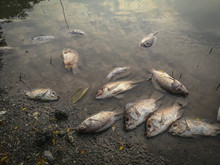 Strangely enough, it may be fish that experience the most devastation in the wake of a forest fire. Subsequent rains will wash ash–and perhaps fire-fighting chemicals–from the charred landscape directly into waterways, as there is little remaining vegetation to contain runoff. These toxins can dramatically affect fish by directly impacting their ability to breathe, by decreasing the abundance of their food resources, and by clouding the water and altering its temperature outside of their required range. A safe place to be during a fire, the water can be among the most hazardous afterward.

It’s too early to tell, but it is possible that the current fires out west are having a similar choking effect on migrating birds. Over the past month or two, an alarming number of songbirds have been found either dead or near death on the ground in various parts of the southwest, especially in New Mexico. Most have been unusually emaciated and seem to have begun migrating earlier than usual. Whether the urge to head south was driven by the wildfire crisis or an by early fall cold snap is unclear; regardless, these songbirds had not built up the prerequisite layers of fat needed for long-distance travel. It is also unknown whether it was their lack of necessary nourishment or the dangers of high-flying through smoke and soot that ended up grounding them, but the numbers are staggering–in the hundreds of thousands–and clearly unprecedented. More data is being gathered, from several other states and Mexico, and it may be months before toxicologists and ornithologists get to the bottom of the die-off and determine how big a role the western wildfires have played. One thing is certain, however: we humans have nobody but ourselves to blame for the current scorching of our western mountains, last winter’s devastation in Australia, and, lest we have too short a memory, last year’s ravaging fires in the rainforests of Brazil. And there will be others.

For all of our modern technological advances, we are, as a species, still very much our own worst enemy. Nothing says it better than James Taylor’s lyrical appeal to Gaia, the goddess of the Earth, to “save us . . . from us.” 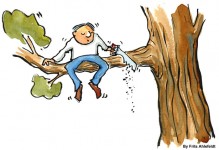