In keeping with the theme of natural connections . . .

It wasn’t really until the 1970’s that ecologists started sounding the warning bell about the deleterious effects of rampant habitat fragmentation on American fauna and flora. As suburban sprawl extended further and further into natural areas, large expanses of forest and meadow became increasingly difficult to find among the patchwork quilt of small, isolated habitats that much of our country’s landscape had become.

Predictably, scientists soon discovered that populations of both plants and animals are far less stable in small fragments of habitat than in larger, unbroken spaces. Much of this instability can be attributed to what are referred to as ‘edge effects.’ Where a forest edge borders a field, for instance, there will be less protection from predators, more susceptibility to severe weather events, more vigorous growth of invasive weeds, potential contamination from farm chemicals and trash, etc., than anywhere in the forest interior. Geometrically, smaller shapes have more edge relative to interior. General shape aside, three 20-acre woodlots would collectively have far greater perimeter than would one 60-acre forest. (Picture Montana and Mississippi, two states whose general outlines are rather similar. Montana’s land area is almost exactly three times Mississippi’s. However, the distance around Montana’s border is roughly 1800 miles; Mississippi’s is approximately 1100 miles, which, when tripled, would have dramatically more ‘edge’ than Montana, for the same amount of area.)

From an ecological standpoint, many habitat fragments suffer not only from large amounts of edge, but from effects of isolation from other similar habitat. This hinders movement of wildlife, both into and out of a given area, which, in turn, can lead to a lack of genetic diversity among the species living there. In cases where animals do leave their home territory in search of other suitable environments, there is often danger in traversing different habitat types, particularly if they involve large sections of human development–the skyrocketing number of local car accidents involving deer being an obvious example.

As preserving—or even finding—vast stretches of contiguous wilderness often proves impractical, if not impossible, many environmentalists have begun to accept the diced-up ecosystems we’ve created and sought ways to address the problems created by fragmentation. Over the past few decades, much of that effort has focused on the creation of habitat corridors, which link together disparate fragments of similar environs as a means of minimizing the detrimental effects of edge and isolation.

The results have been highly encouraging. Better habitat connectivity has led to increased movement of animal species and farther dispersal of seeds and pollen, resulting in greater biodiversity. With safer pathways for travel, wildlife is more able to avoid run-ins with human habitation and highway traffic. (For a fascinating read about wildlife corridors and under-highway crossings, see The Panther’s Path in this winter’s Nature Conservancy Magazine.)

As local birders know, even narrow swaths of nature can have tremendous benefits in urban settings. Stony Run Park in Roland Park is no more than 75 feet wide in most places and for much of the year it is relatively barren of interesting wildlife. However, its true north-south orientation and the fact that it is just about the only greenspace between downtown and Lake Roland means that for several weeks each May this linear woodland becomes a hotbed for thousands of northbound songbirds. It seems that many of them migrate up the Chesapeake Bay, hop from the Patapsco into Patterson Park’s greenery for a feast and a rest, then funnel directly up the stream bed and on their way to more northern destinations.

Of course, the obvious benefits of passages and connections in nature shouldn’t surprise any of us. We’re a species that is programmed to depend on them; we’re as interconnected as any ecosystem. That’s particularly evident now, when many of us are struggling to remain at home, frustrated that our movements have been restricted, that we’re less able to link with others near and dear to us, and that our pathways forward are unclear at best. Forgive the set-up, but our current fragmented existence has most of us on edge and feeling downright isolated.

As a tribute to the value of passageways in nature and in hopes of bringing a few smiles to those who are struggling with our current lack of connection, I’d love to share two sublime YouTube videos that were recently shared with the Irvine staff and became an instant hit. They truly speak to me, because of their remarkable simplicity, their stunning beauty, and the fact that they were filmed in the wildlife-rich mountains of central Pennsylvania, not far from my former home of State College. I suspect you’ll be hard-pressed to view them only once. Without a single word, they encapsulate the wonders of nature and the need we all—critters and humans alike—have for a reliable ‘bridge over troubled waters.’     –BR 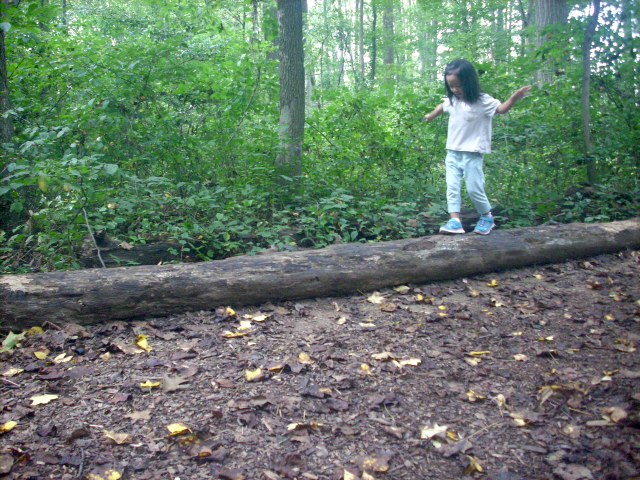