Farewell But Not Goodbye

It’s hard to surprise the person who has been an institution at your organization for 35 years, but on Wednesday evening Irvine Nature Center managed to do just that.

Delegate Jon Cardin spoke about Rob’s three decades of dedicated service to our community and presented Rob with an official recognition from the Maryland General Assembly. Carlos Gonzalez from the Office of Baltimore County Councilman Izzy Patoka presented Rob with well wishes from the Baltimore County Council. Trustee Emeritus Bobby Johnson shared a beautiful poem he had written in honor of Rob, while Trustee Emeritus and Former Irvine Executive Director Dick Gibbs regaled the crowd with his favorite memories of Rob. Longtime volunteers Brigitte Harper and Sue and Tim Davis presented Rob with his own handmade bluebird box in memory of his 25 years of stewardship of Irvine’s bluebird population. To close out the program, members of Irvine’s staff presented Rob with an original song. Set to The 12 Days Of Christmas, the lyrics memorialized Rob’s storied career and its many highlights. On the final verse, the staff let the evening’s biggest surprise out of the bag: our new aviary will soon officially be called The Robert L. Mardiney Aviary. We thought it was only fitting to bestow this honor on Rob, the staff member who brought raptors to Irvine nearly 30 years ago.

While we’re incredibly sad to see the Irvine chapter of Rob’s career close, we wish him the most happiness in his retirement and thank him for the 35 years he gave to Irvine. 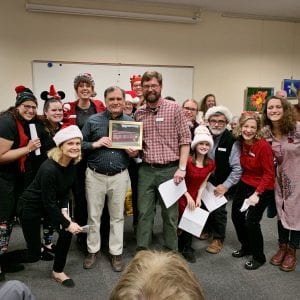 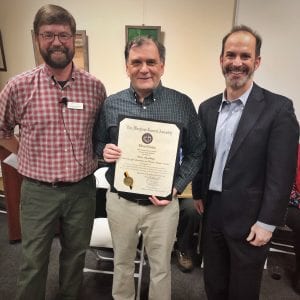 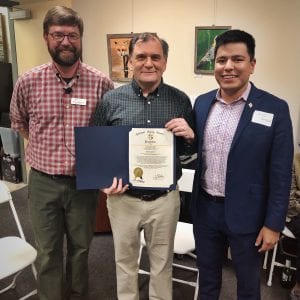 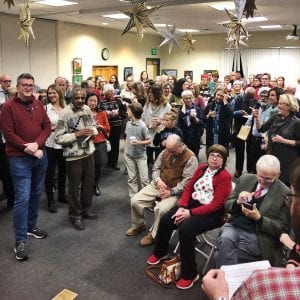 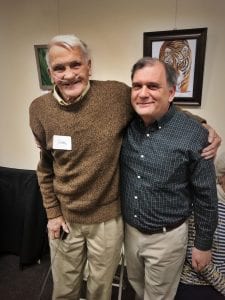