If you’ve read through our now-obsolete Spring edition of Understory, you may have seen that Irvine had partnered with the National Aquarium to be one of many ‘site sponsors’ for the International City Nature Challenge in late April. This program, in only its 5th year, is an incredible success story about the powers of technology and social media to bring people together around a shared appreciation and concern for the natural world—not in exotic and faraway lands, but in their own communities.

CNC was started in 2016 by two Natural History Museums in California, as a fun way to encourage citizens to get outside and explore the wonderment of nature in their own local areas. Participation that first year far exceeded expectations, and nobody could have predicted that the program would be a world-wide sensation within just a few years. However, the brilliance behind the concept of CNC is that at its core are three key ingredients that impel folks to want to engage—it relies on modern technology, it encourages collaboration and teamwork, and, at least in a typical year, it’s just a wee bit competitive!

Rather than pestering citizens to put down their phones in order to fully appreciate the outdoors, the CNC project requires that participants use cell phone cameras (or other digital cameras, with subsequent uploads) to document the living species that they encounter. Any and every plant, insect, bird, reptile, fish, mammal, crustacean, worm, amphibian, fungus – they’re all fair game. The point is simple: find them, photograph them, upload the photos (to the iNaturalist website)—labeled with location, and then identify them to species, as you can.

This is the second fundamental key to the rapid success of the CNC: identifying is a social experience based on online dialogue between participants. Photographers need not be experts on their subjects; one can post photos without having any idea what it is you’ve just documented. Once your photos are online, others chime in regarding identification of each organism—from experts with extensive experience to backyard naturalists who are pondering possible ID’s along with the original finder. Basically, it becomes collective field-guide problem solving. Suggestions can be made, comments may be posted, and ID’s proposed by others can be confirmed or politely called into question. 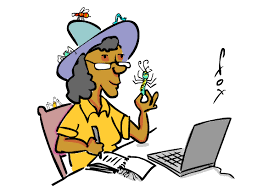 iNaturalist was originally designed, in the broadest sense, as a celebration of biodiversity and, more specifically, a means of ‘crowd sourcing’ enormous amounts of data showing scientists exactly what species currently live where. (Range expansion and contraction, potential side effects of climate change, are hot research topics these days!) The site’s emphasis on quantitative data at the species level creates a suitable backdrop for friendly competition. That is exactly the premise behind the CNC—engaging citizens within different urban areas by getting their competitive juices flowing; one could call it a naturalists’ sporting event. The first go-round was a challenge between the residents of Los Angeles and those of San Francisco, with winners being declared in three categories: the most photo observations, most species identified, and most participants involved. While L.A. narrowly won all three, San Francisco would get revenge—in a much bigger field of competitors, which included, for the first time, Baltimore—just two years later. Fast forward two more years and almost 250 cities from over 40 nations have signed on for the 2020 CNC!

Sadly, the current coronavirus pandemic will necessitate that this year’s CNC is an outlier; aspects of the project are being modified just this once. According to recent online announcements, the biggest change is that the city vs. city competition will be put on hold, resuming in 2021. However, recognizing the worldwide need for healthy distractions right now and the enormous value of the healing powers of nature, the CNC organizers, admirably, continue to say, ‘Let the games begin,’ just on a much more modest scale. Individual participants (not in teams) are encouraged to still photograph and document whatever natural diversity they can find—in their immediate neighborhood, their backyard, or even inside their home—while, of course, abiding by safe health practices, according to local guidelines and regulations. Essentially, this spring’s CNC will be more like a scrimmage than an actual contest, a low stakes warm-up while we suddenly have more time on our hands than usual. For many of us who are ‘iNaturalist rookies’ (myself included), this creates a perfect opportunity to become more comfortable with the use of iNaturalist (more on that soon!) and familiar with the myriad ways to explore what others have posted and identified, before feeling the ‘pressures’ J of international competition. If we all ‘train’ now, folks around the globe be forewarned that Baltimore’s team of naturalists may go for the gold in 2021!