Many exciting things are occurring in the animal care world at Irvine this month!

During the month of May, Irvine begins gearing up for yet another jammed pack summer of camps, camp-outs, school field trips, outreaches, and more! This is no exception for the animal care department!

While we are only a week in, many exciting animal care events have occurred!

Our Leucistic Rat Snake (whom we found out was pregnant last month) has delivered her eggs. Twenty two pure white, oblong eggs were laid on May 2nd. She was as good of a snake mother as she could be – she spent the days prior digging out the perfect spot in her exhibit where she would deposit her eggs. Starting Tuesday morning, she has finished laying by the afternoon. Once the eggs were removed from the exhibit, she was very glad to take a two day long bath! Now she is happy to be a “normal,” non-pregnant snake again! 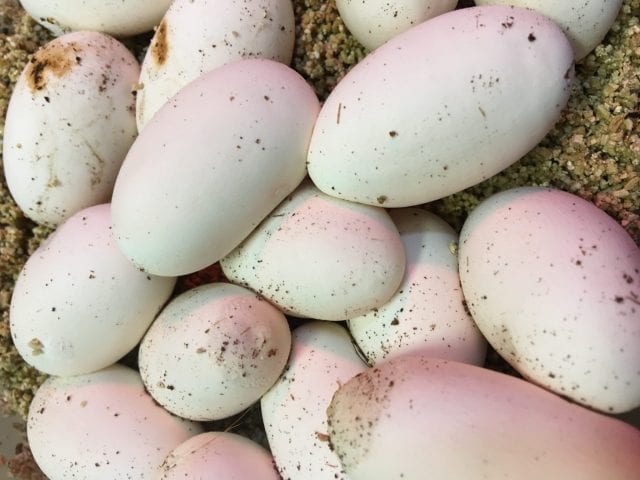 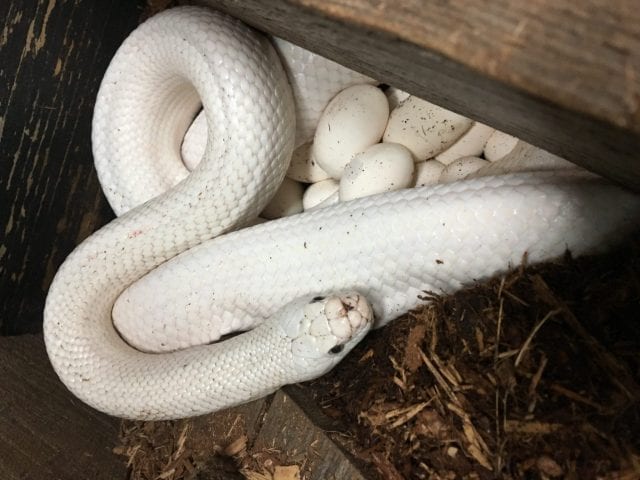 The Eastern Screech Owl has been moved to the detached mew behind the main aviary where she continues to sleep in her nest box all day long and only come out at night. (Making her the most difficult animal to see at Irvine!) This move was prompted due to the new addition Irvine is expecting at the end of this month – a Great Horned Owl! With a new bird, came the need for an extra mew to house everyone.

A new tank has been set up in the kids corner containing life found in our vernal pond. You can see tadpoles (three different species we believe), damselfly larvae, and other macroinvertebrates. A vernal pond is an area that is wet during only part of the year; usually in the spring with common rain showers we receive. These ponds make excellent locations for many animals to lay eggs and have their larvae grow up in a fish-free area so as to not be eaten. The butterfly house is undergoing its spring renewal! Plants have been reestablished in the house and we are working on having it up and running in June. The house will be slightly different this year as we try a catch and release method of butterfly collection instead of over-state shipments. We already have a few inhabitants! 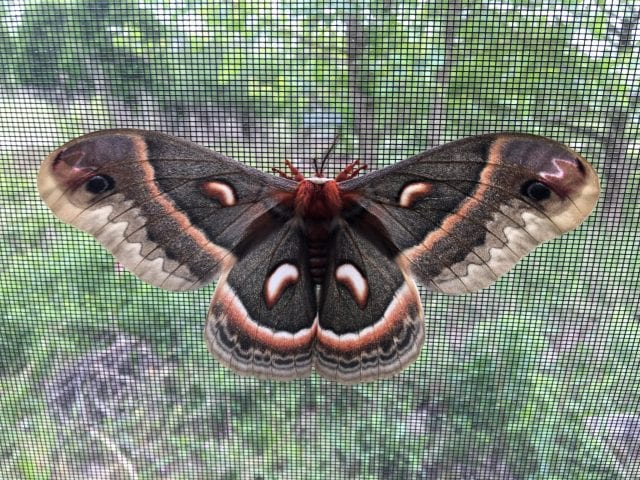 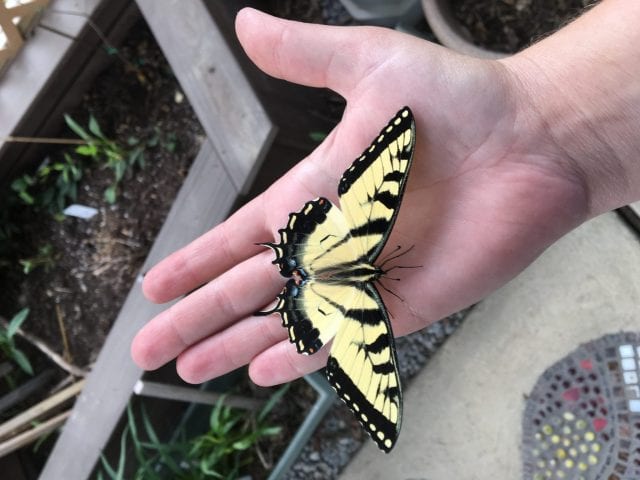 Finally, our Red Shouldered Hawk has undergone surgery to remove the rest of his injured wing. He originally had a partial amputation done after being hit by a car in 2014. The initial surgery went well, but over the past year, the wing had been causing him issues and, most likely. pain. The rest of the wing was amputated at the end of April and is healing very well! Due to him only having one wing now, his mew has been modified to have many ramps to access his nest box and is lower to the ground to prevent injury from falling. He has also been making great progress with glove training. We placed anklets and jesses (collar and leash for birds) on his feet and he has been sitting on our handling glove really well. Hopefully, he will soon be able to go out for short, on property, programs!