Today it was really cold and breezy.  It might have reached 45 degrees but with the wind it felt much colder!  We all had cold hands, faces and even feet.  So what a perfect day to build campfires.  The challenge for the day was to build one match campfires.  A one match campfire is where you build a fire, light it and keep it lit with only one match.  Why is this skill important?  I asked all the kids this question and they had great responses, including, what if you only have one match left to start your fire?  If you can’t start it, what happens next, you’re out of matches.  They also said it is helpful to use as few matches as possible to start a fire to conserve your resources.  Also, if you can start a fire with only one match it means you know the fundamentals of building fires.  Before heading down to the barn for our fires we stopped at the woodpile to stock up on some wood just in case.  While collecting wood out of the wood pile the kids found a lot of snake skins!  There were at least 8-10 different sheds in the wood pile, most likely from garter snakes or maybe juvenile black rat snakes.  Really cool find! On our way down to the barn where we would build our own fires, we collected our own kindling and other materials to start our fires.  It was our own personal responsibilities to collect our own materials and not until we had started our fires were we allowed to trade materials.  It is important to know what materials to collect and doing it yourself helps you understand just how much you need, what materials work best, and gives you experience collecting fire building materials.  I had a few materials I was giving everyone to use and everyone got the same amount of materials.  Two large pieces of newspaper, a match (which I helped them strike if they needed help), cotton balls and milkweed fluff.  Everything else they had to get themselves.  Everyone had a variety of different sized sticks and almost everyone agreed that the dry grass was going to be the best fire starter along with the newspaper.  Now it was time to get to work on construction after revisiting our fire safety rules.  We all spread out around the campfire ring and started building mini campfires, keeping in mind that the fire starter material and kindling made up most of the fire.  You need to start small with one match fires so your fire doesn’t get snuffed out by large, bulky materials like huge sticks and cut logs.  We spent at least 30 minutes collecting the remaining materials for our fires and building different styles of fires.  Some people built a simple fire with the fire starter on the bottom with kindling laying on the top, some build a teepees and log cabins, while others built lean-toes and wind blocking structures.   The challenge was to keep the fire lit for at least 20 minutes (we debated on the time being between 10 and 20 minutes and agreed on 20).  Now it was time for the match! First I want to say how impressed I was with everyone’s fires!  A couple people were able to start their fire with only one match and keep it going for the 20 minutes!!  Some fires that started with only one match lasted over 1.5 hours!  That is a great personal challenge to fulfill and even if your fire took more than one match I was so impressed that everyone got a fire lit and kept it lit for at least 10 of the 20 minutes.  Some of the fires that started first and lit quickly were tended more by classmates and eventually we had at least 3 larger fires going that were big enough to warm up by.  I was also really excited to learn that this was some peoples’ first time ever building their own fire, what an accomplishment!  The structures of the fires changed over the course of the afternoon and everyone discovered techniques that worked better than others and materials that burnt better than others.  We all decided that small sticks were key to a small fire and the dry grass was really helpful in relighting our fires (so was the newspaper) and we even used the dried grass and newspaper as a way to transfer fire safely from one fire to another to save matches.  Great job everyone and keep practicing those fire building skills.  We ended the day with warms hands next to cozy fires. 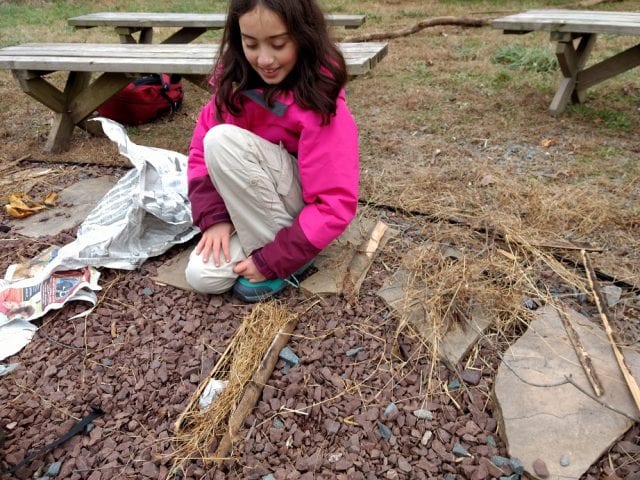 Noa and her fire 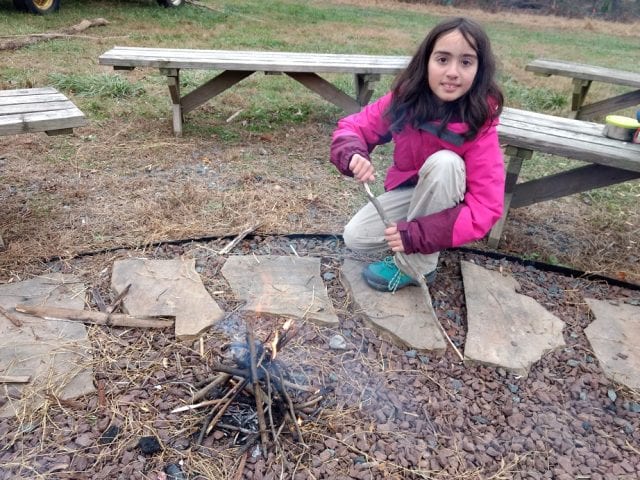 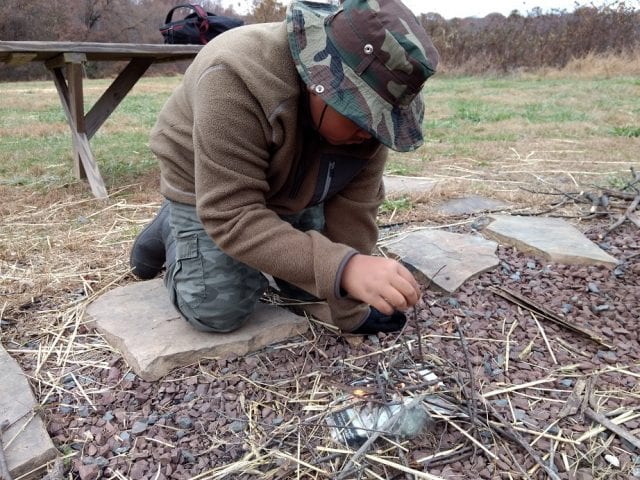 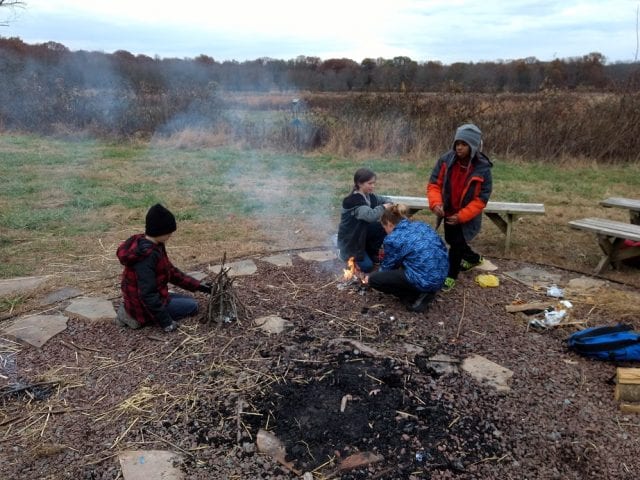 Working on the fires as a group 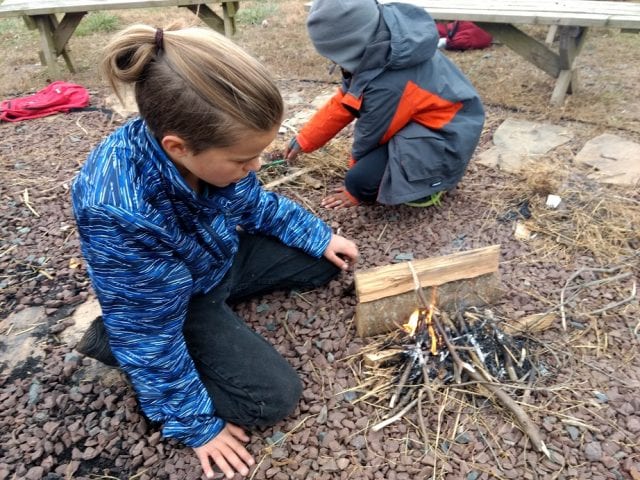 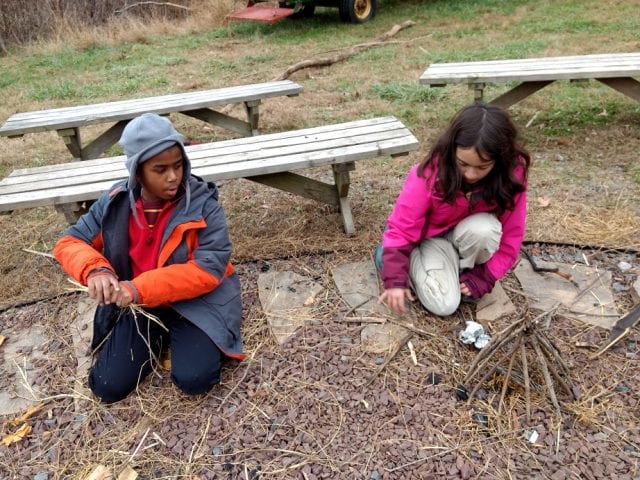 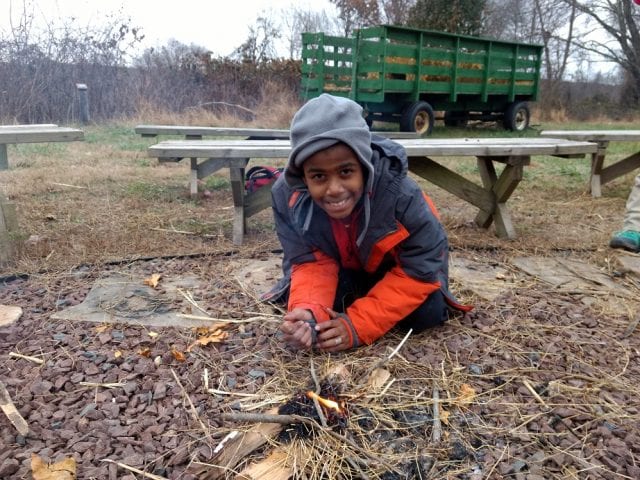 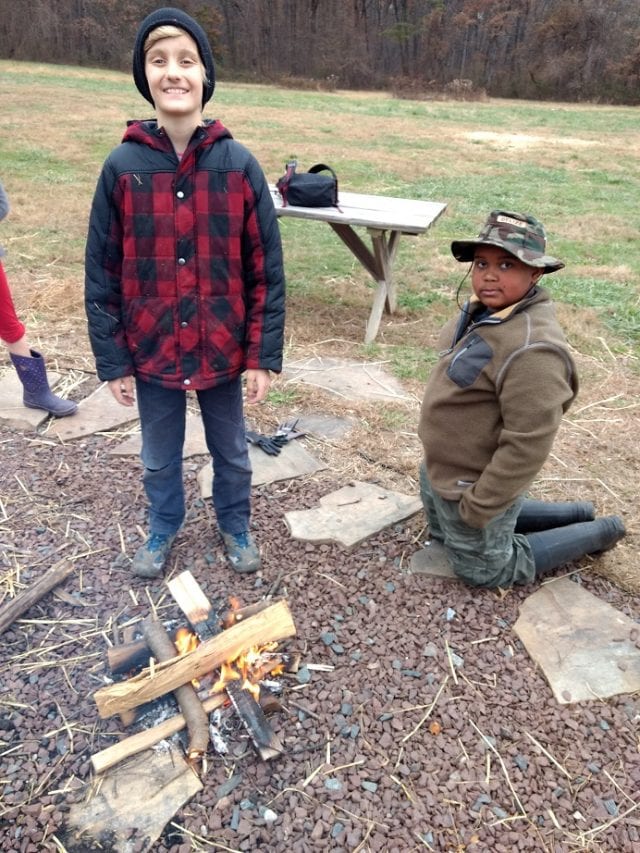 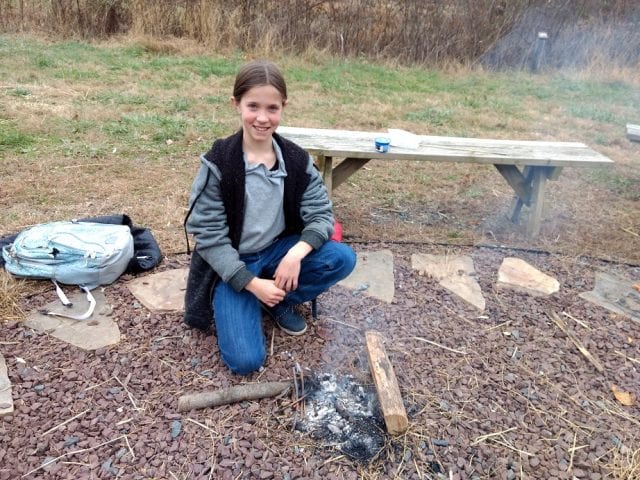 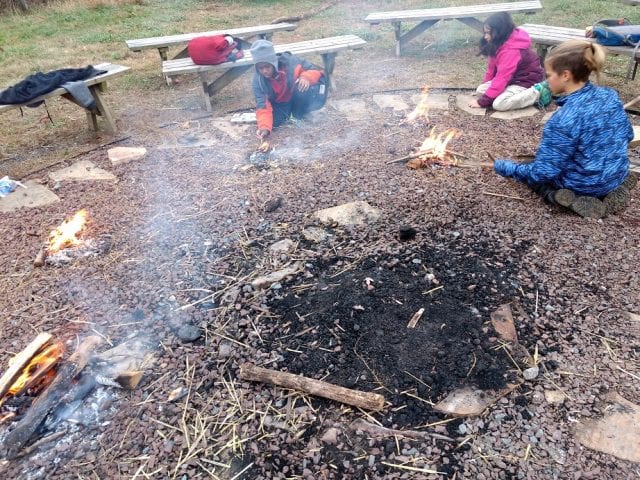 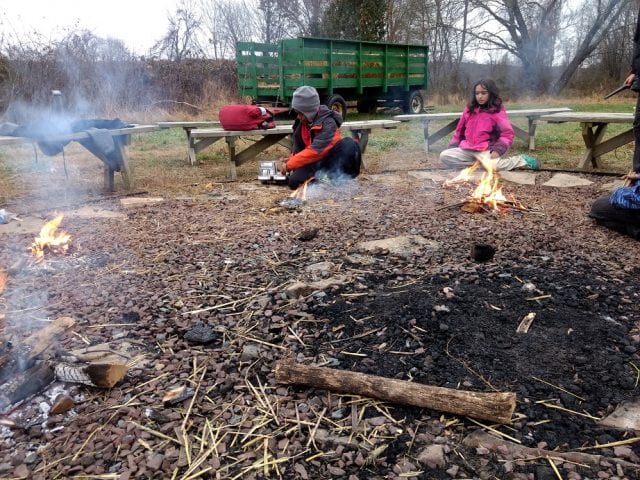 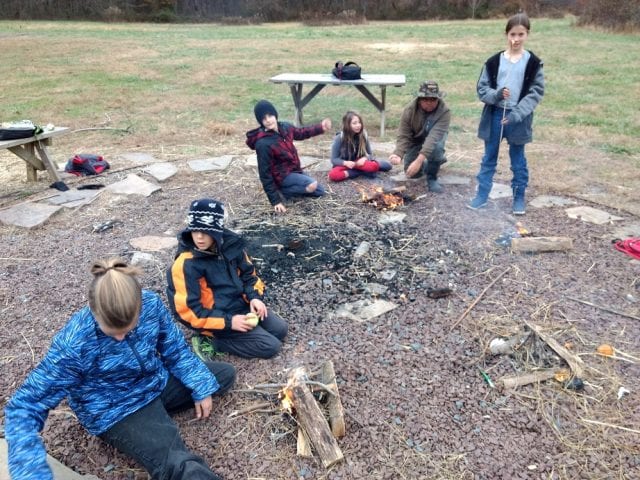 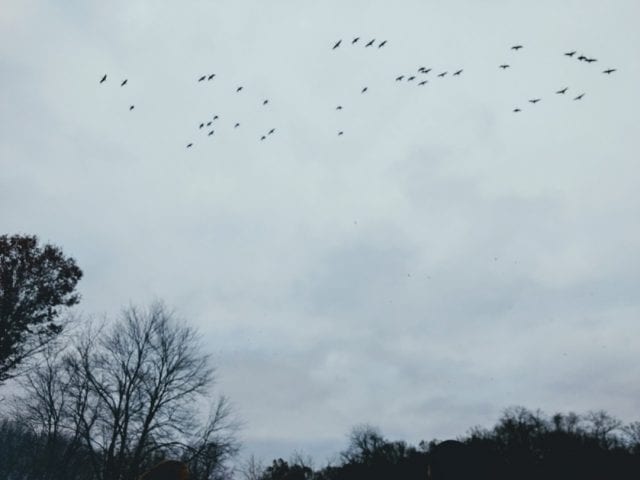