Spring is in the Air! Forest Dreamers Tuesday/Thursday

This week of Forest Dreamers went so quickly, probably due to the fact that there was so much going on every day! As we gathered today, we asked the children if they wanted to head to the back ponds. This would mean a hike but with the weather warming up, we planned to investigate the eggs and frogs.

As we stopped for snack, we read a book about salamanders and asked the children if they had ever seen salamander eggs in the water. Since these amphibians are mostly land animals, the idea that they lay eggs in water was pretty new to our friends.

The tops of the water at the back ponds rippled with toad activity! At first we thought it might be fish but as we approached the water edge…toads!! Lots and lots of toads! We were amazed at the croaking of the toads as they searched for a mate. The children LOVED finding toads eggs as well as salamander eggs! Did you know you can tell the difference between amphibian eggs by their shape and formation??? Nature is so COOL! 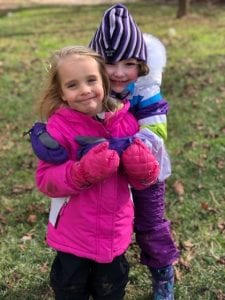 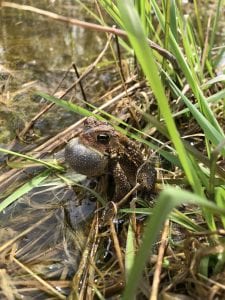 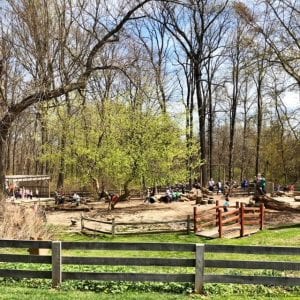 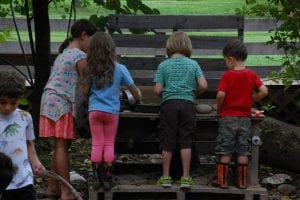 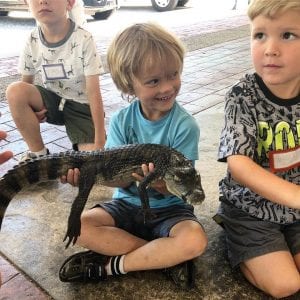 After Spring break, everyone spent some time reconnecting with each other. The forest has changed drastically! We started off noticing a new plant that has emerged…jack-in-the-pulpit! Our bloodroot flowers are gone but they have been replaced with so many other new spring flowers. We have also started noticing eggs in the the bird boxes and nests around the trails!

We made it to one of our furthest points yet! The ponds at the opposite corner of Irvine. The children spent the day playing with cattail fluff and spreading seeds. At one point, it looked like it was snowing as the children used the wind to disperse the seeds in the wetlands. After the stalks were “empty”, algae catching became the goal. Everyone participated in the fun and spent some time making various “flavored” foods with this green slime.

Smiles were aplenty as we gathered our belongings to head back to Irvine. As we set off for the nature center, we spent some time collecting sticks, identifying and then eating violets.  One of the children’s favorite things to learn about is edible plants and there is an abundance of treats as spring progresses! 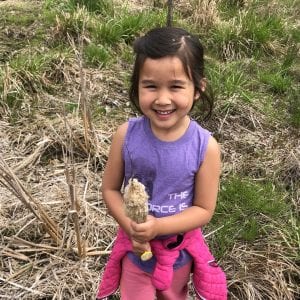 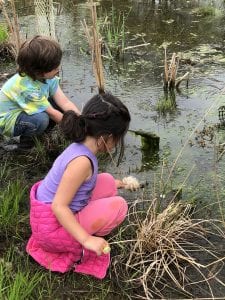 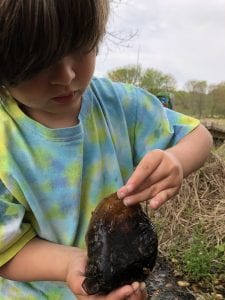