Today was possibly our last snow fall for the season! We gathered in the Glen and enjoyed some snow fun! Snow angels revealed smiley faces in the mulch! Teepee building led to pretend fire hand warming! The kids have such a great imagination and their excitement is contagious.

Moving quickly for some sunshine in the meadow, we were met with a beautiful late winter landscape. Light snow has accumulated on the grass and the children took off to explore and build. We had one group of children building a mound from sheets of snow and grass. Some children wanted to jump and pounce on this pile, so we set out to build individual balls for destruction.

Exploring down the meadow led to some ice fun! Sheets of ice broke off the trail sign roofs and the children crunched on ice as well as pretended to drive their “ice” cars around the area. We slowly made it across the field, being easily distracted by the mud and grass.  While one group of children ran ahead, the other looked for winter signs of animals in the meadow. We were all rewarded with some fresh deer scat to examine. 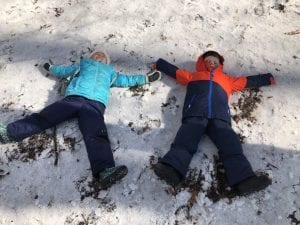 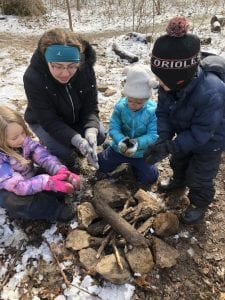 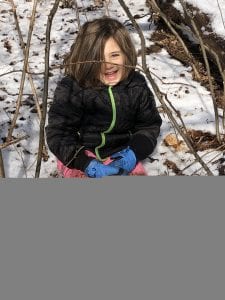 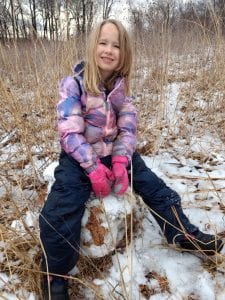 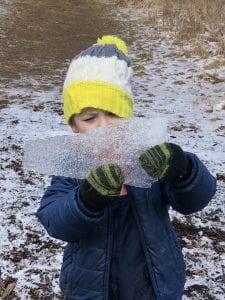 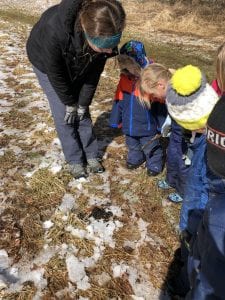 With the temperature in the 20s (and windchills in single digits) we knew that we needed to keep moving AND find a way to stay warm. Off to the Native American site we went. We were amazed by the ice on the road and enjoyed some time jumping and cracking it into pieces. Several children chose to follow the water trail into the woods, over and under fallen logs and branches. Sadly, they had to come back before they wondered off Irvine’s property.

The straw bales always bring fun and the kids goofed off “pretending” to be stuck! They would wedge themselves between bales and then call for help. Finally, one friend followed behind pulling feet out of stuck boots. This led to a bunch of giggles and laughter.

Once at the Native American site, we quickly sought shelter inside the longhouse. Ms. Lydia built a fire as we prepared some hot tea.  As we read a Native American story about how the sun came to be in the sky, we awed at the rays shining threw the holes in the ceiling! Being kids, our forest dreamers couldn’t sit still for to long so everyone braved the elements to explore the site. Thankfully, most of the group slowed down enough for a quick picture! Warming up, everyone helped push the wagon back to Irvine. The trek up the meadow hill ACTUALLY wore out some Forest Dreamer friends! 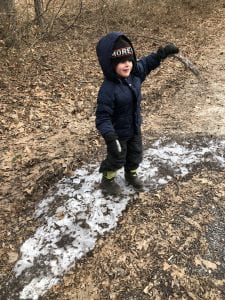 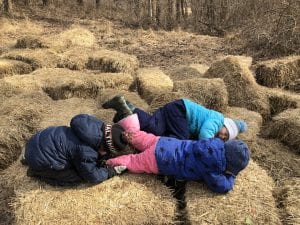 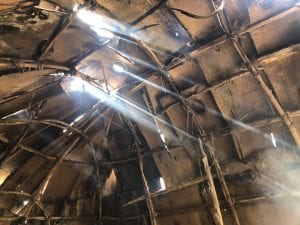 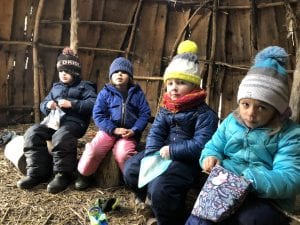 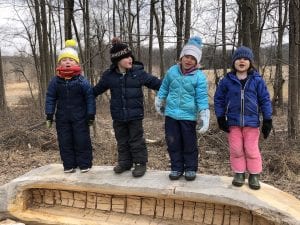 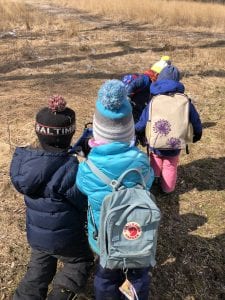