Monday was a slow day but one filled with play! We made it to the “salamander circle” where the kids split up into groups exploring the forest. The giant dirt pile proved too tempting and several children grabbed sticks and started to break up the pile. While that was taking place, some other children investigated the large decaying stump to see what was inside! We were amazed at the “city” of animals that we found: ants, beetles, centipedes, and other creepy crawlies!

The children are always drawn to the view of the meadow in the morning (I am sure the sunlight has something to do with it too!)  All of our friends gathered in the meadow for snacks and a Native American story explaining how the opossum got his naked tail! The kids thought the story was so funny that they pretended to play dead like the opossum from the story.

Following the rains from previous weeks, we decided to venture down the vernal pond trail.  Image the kids excitement when they saw the skunk cabbage and found their boots stuck in the “boot sucking mud”. We will definitely be making a trip back to this place with buckets! 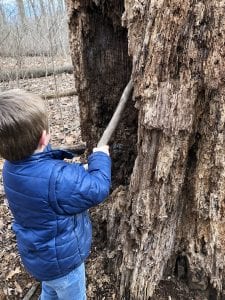 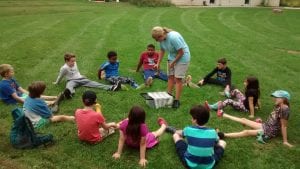 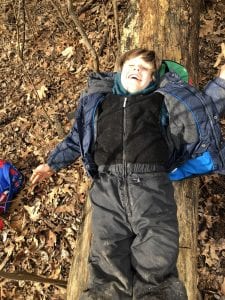 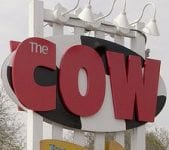 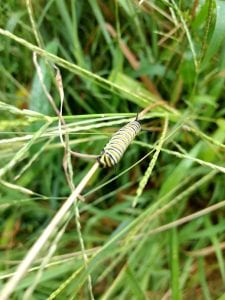 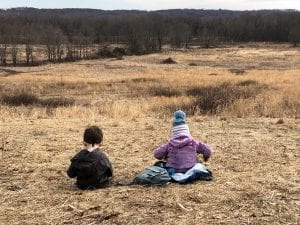 This group of Forest Dreamers really enjoys their fort building! When we gather each morning, the children quickly run down to the teepee to see what they need to do that day. This week, we found the children working together to move a large branch to the collection. We continue to be impressed as everyone works together to make their play area “just right”!

We set off for some fun exploring streams and climbing trees.  The kids quickly began to explore the stream and practice their balancing on the rocks and logs. One daring friend scaled the outside of the bridge, shuffling across the structure. We talk about “knowing your limits” and help the children understand the risk involved with their choices. Sometimes they need help making “wise” choices 🙂

The kids stopped at the climbing tree on the way to the Native American site. This bunch of children are awesome climbers! Finally at our destination, the kids scattered and began to play. Several of the children found a game to play in the houses involving sticks. The ones that weren’t interested, moved fallen vines and branches to begin a new project, a fort! We look forward to seeing the progress the children make over the next few weeks. 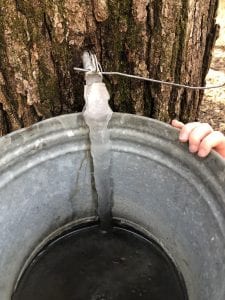 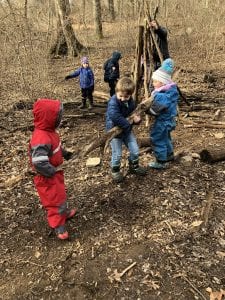 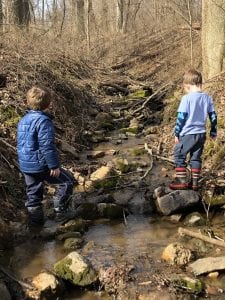 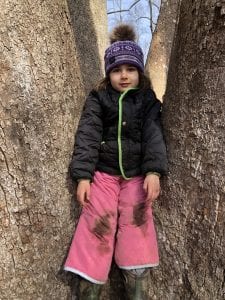 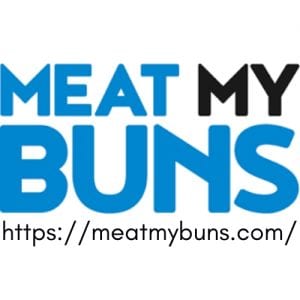