Living Off of The Land Week 4

We began the week by making straws from Joe Pye Weed (Eutrochium) found right near the Irvine building! They are really cool because you drink water from a straw that can be over six feet and it makes your water taste sweet!

We then headed down to the left of the main meadow to play a really fun game called Quadrupedal Movement Tag! While humans are generally referred to as Bi-peds, meaning we walk and move on 2 feet, in this game we move about on 4 limbs! One of the most efficient ways to move involves alternating opposite hands and feet, as in left hand and right foot move together and right hand and left foot move together. You can also do a crabwalk, or a gorilla crawl which involves placing your hands firmly and then swinging your legs to meet your hands. I love this game because it teaches how to embody the animal which many native peoples practiced to prepare for hunting. In general it also helps to bring out your wild side as lots of growls and grunts end up coming out of the players mouths!

Afterwards we checked out the black walnuts, some of which had lots of maggots eating the pulp inside! Black walnuts (Juglans nigra) are an abundant food source for many including humans! We practiced smashing open the fruit husks and the nuts with rocks! The Dye from the husks is very powerful and if you do not want to stain your hands, I would recommend wearing gloves. Unfortunately we didn’t have enough time to roast the nuts over a fire 🙁

We did however practice making fire! I gave the group a collaborative challenge. They had to build a fire structure together and each had the ability to light one match to make a fire with a visible flame to last at least a minute. They could also each ask me one question! It had just rained the day before, but some people noticed there were dry hay bales that were covered by a roof near the firepit. Although you would not be able to find tinder that way in the middle of the woods, I counted it as I thought it was creative! Not everyone wanted to try to light the matches, but for those that did, they were successful in lighting the fire! I really appreciate group challenges because they tell guides a lot about group dynamics and how comfortable individuals feel with different skills. Hopefully, they are also really fun!

We’ve had a great month of classes so far! I am looking forward to more! 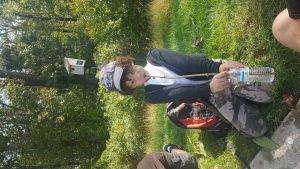 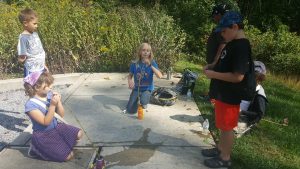 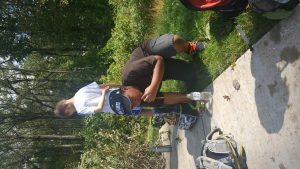 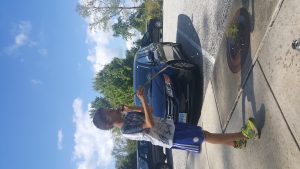 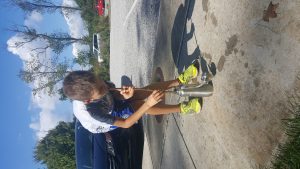 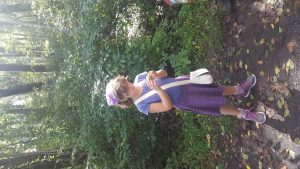 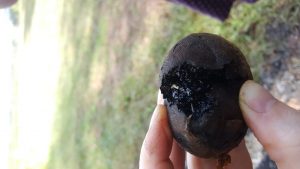 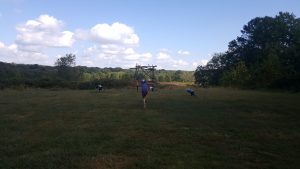 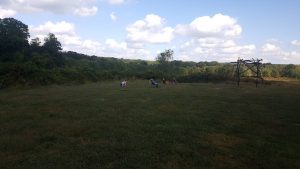 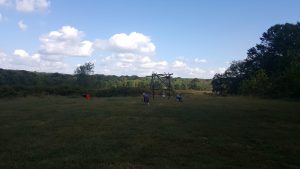 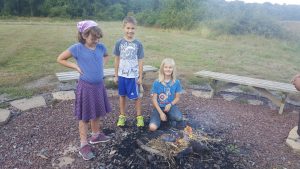 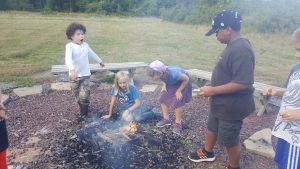 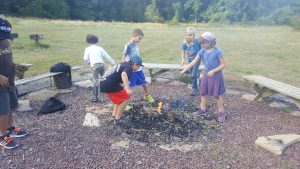