All Aboard! Tuesday/Thursday Forest Dreamers

We have explored many places at Irvine but we still had one special stream destination left! We pulled out our Irvine map and checked out all the places we had visited already. We helped our crew orient the map and then asked them where we needed to go. They grabbed the maps and led us down the trail! We traversed the slippery vernal pond trail, making slow progress as our friends were sliding due to the recent rain. We examined several different mushrooms that were popping up due to the saturated soil along the way.

At the stream, the kids set about making boats and testing them out.  They watched them float down the riffles in the stream, leaping from rock to rock and sand bar to sand bar following along. Up and down the stream the children went. Some of the “boats” were to heavy with sand and the kids declared them islands instead.

While the racing was underway, a few of our friends tried their best to stop the water from flowing down the stream. They set about collecting rocks to block the water. When they found larger stones, they realized they needed help. One friend asked others to come and help and they tried to carry the rock together. This proved to be too difficult. Next, our friend realized he could roll the rock closer to the dam. His excitement when he reached his goal was priceless! A great day building and exploring! 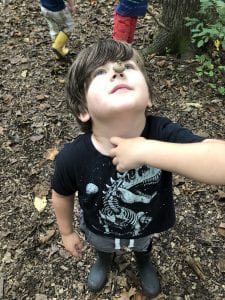 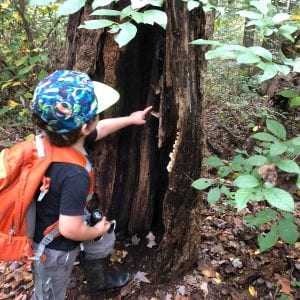 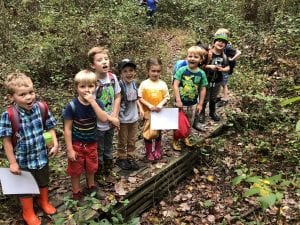 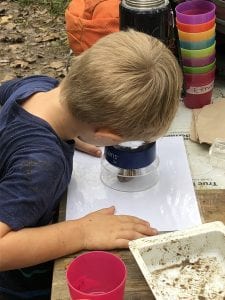 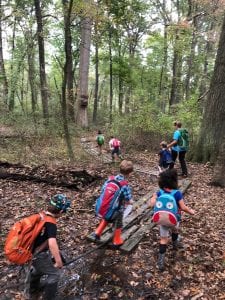 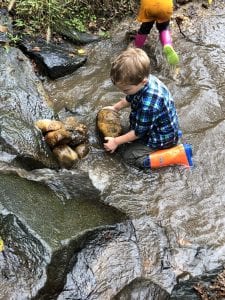 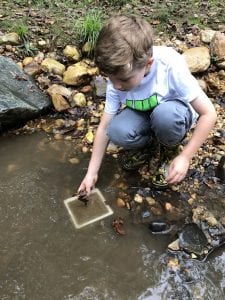 Rain was in the forecast today so we looked for some things that we could do a little closer to Irvine (in case thunder started). The kids had expressed an interest in art so we set off to gather materials that we could use to paint with.  As we set off down the trail, several of our friends became very interested in creepy crawlies under the logs. We found a stump circle that we renamed salamander circle. One of our friends soon earned the name “worm catcher”. Her excitement with each worm she caught never grew old!

We found acorns, black walnuts, and pokeberries to use as mediums for our projects. We collected grasses, pine needles, and leaves to use as our instruments (along with brushes). Our friends were very excited to create their works of art. During this time, one of our friends told us that he wants to be a surgeon and spent the time examining charcoal that he found in the fire ring.  What a great way to spend time outside and learn without really knowing you are learning!

We painted for awhile and then headed to the wagon where we read a Native American story about how the opossum’s tail came to be “naked”.  The kids played on the straw that was left over from the Pumpkin fest…running, jumping, and imaging the whole time.  When it was time to leave, we talked about leaving areas better than you find them and everyone chipped in to clean up the wagon and wood. Another great week outdoors! 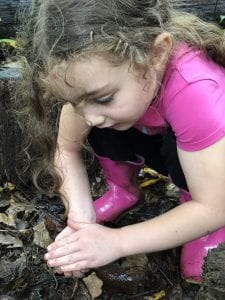 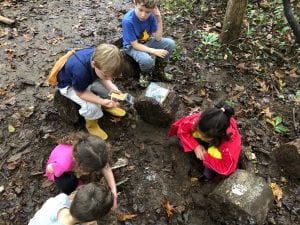 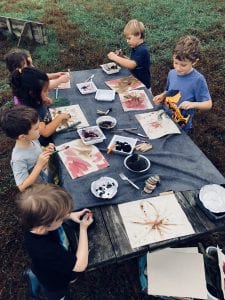 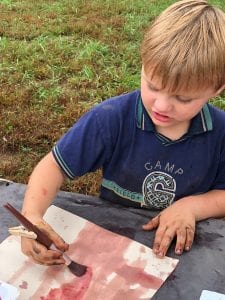 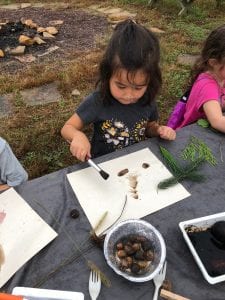 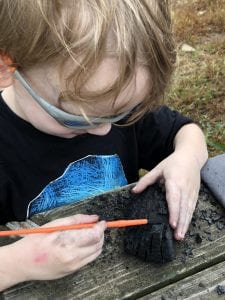 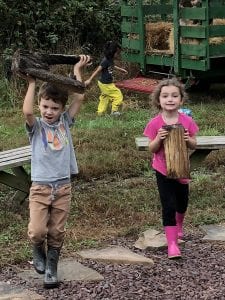 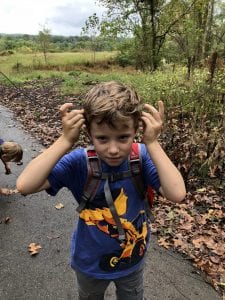