It’s amazing to me the different things that we can find in nature. During the winter months, people often think the forest looks dead and “boring”. Every time we meet, this Forest Dreamer group discovers something new and exciting!

This week, with the cold temperature, we discovered Ice Needles! What an awesome find! We told the children that they were essentially walking on water. Several of our friends wanted to collect some ice crystals and save them to show their parents. Sadly, this is hard to do in warm, gloved hands!

As we were moving along the trail in efforts to stay warm, the children are easily distracted by the forest floor. Sticks are the main attraction since they are so noticeable (and abundant!). Walking along, I hear, “L is for LOVE!” Turning around, one of our friends is holding up a stick that she found shaped like an “L”. Who says kids can’t learn outside! 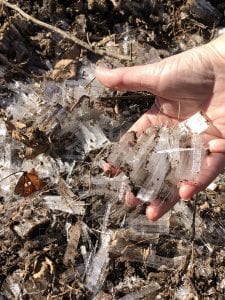 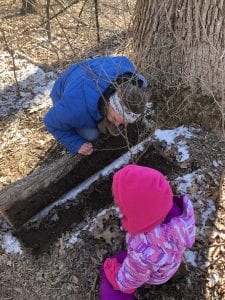 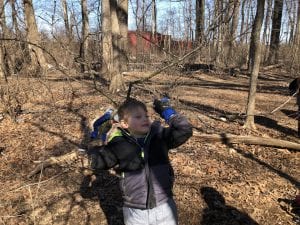 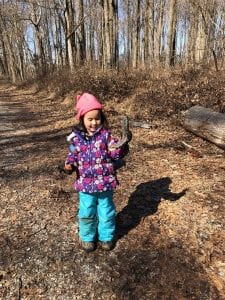 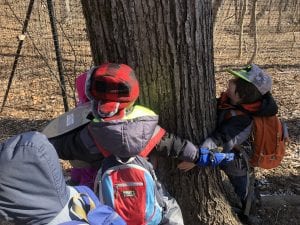 How the Hawk got it’s Red Tail!! A Forest Dreamer Tale…(paraphrased)

“Once there was a hawk with a rainbow tail. He was a beautiful hawk. Then there was a wizard. He squirted ketchup on the hawk. This turned his tail red. That’s why the red-tailed hawk has a red tail! “

Yes, you have heard it from our Forest Dreamers! Ketchup turns tails colors 🙂 We listened to a story about how the opossum got its naked tail at the Native American sit . The kids so enjoyed this story that we asked them to come up with stories of their own about other animals and features. Everyone took turns sharing some creative tales.

After some fun sharing, the Forest Dreamers set out to play. Ms. Stephanie and I stepped back and marveled at the creative play the children were engaging in…all without ANY direction from us! We had one group using tools to pound charcoal. Another group were a family of hawks fleeing from a predator! They were using bark pieces for wings. Still, another group was hanging out by the canoe playing in the shavings. It is an awesome sight when kids use their imaginations in play! 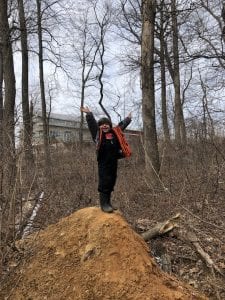 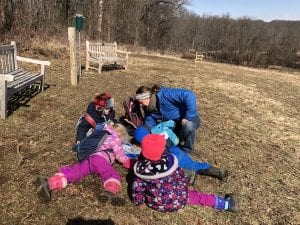 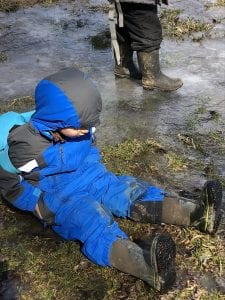 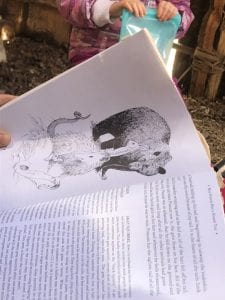 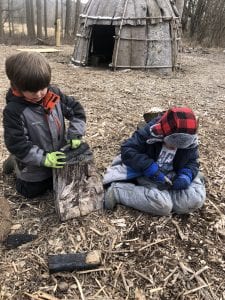 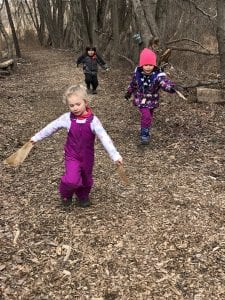