To the Races! Monday/Wednesday Forest Dreamers

On of the best things about being outside and experiencing the changes in the seasons is witnessing new things daily. Today, we chased the sunshine out of the woods by Irvine intending to warm up in the meadow. We had one of our first frosts the previous night so we wanted to see if there were any differences in the lower ponds.  We also wanted to see if the persimmons growing close by were edible after the frost! (DID YOU KNOW that a persimmon that isn’t ripe will leave a cotton taste and feel in your mouth?!?!–YUCK)

As we made our way to the pond we were amazed by the red leaves from the maples growing along the trail. With all the beautiful colors, we quickly made some bouquets for our families. We saved a milkweed pod as we were meandering along and decided to test if it would float and how much weight it could hold in the pond! One of the children tried to blow the boat across the water only to be disappointed with her poor results. Looking around, we wondered if adding a sail would help the boat move and BOY were we surprised! We soon all had boats and were racing them across the pond. What a fun day in the warm sun! 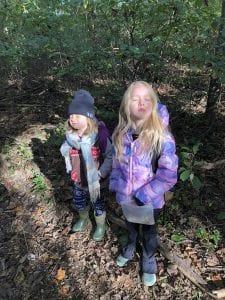 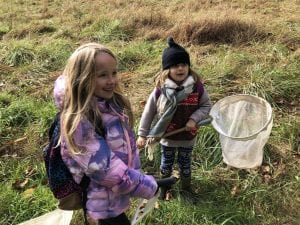 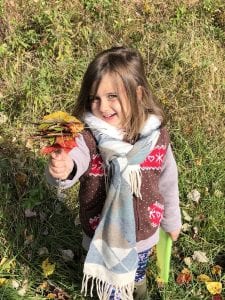 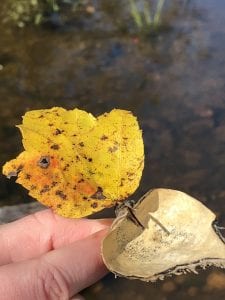 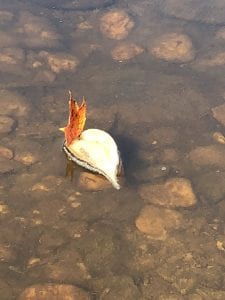 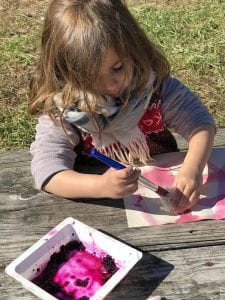 Today we set off for the Native American village but were side tracked by the colorful leaves on the forest floor! We took some sticks and made leaf trees for future visitors along the side of the trail. As we collected leaves and explored a fallen tree, we laid the leaves out and created a color scale! The kids had a great time comparing each leaf and looking for the differences as they lined them up.

Once at the Native American site we set about cleaning out the wigwam of sticks. We started just wanting to clean up but the sticks soon became a lean-to by the fire ring. In fact, one of the boys stated that he was “as strong as his dad!” as he hauled the sticks over.  It was so fun watching them collect and build. One special piece of round bark became a seesaw for the kids. They changed out the center logs to test if the taller logs worked better than shorter logs.  They also tried changing the center point of the seesaw. Who says kids need toys to have fun! 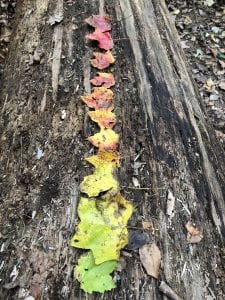 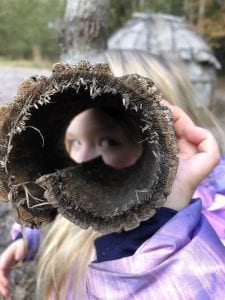 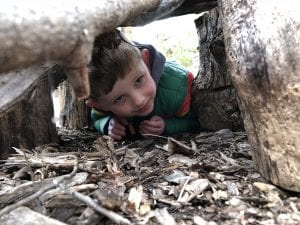 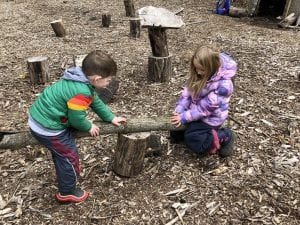 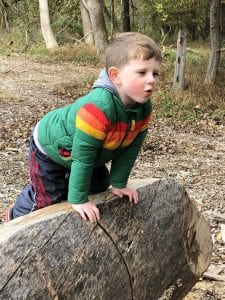 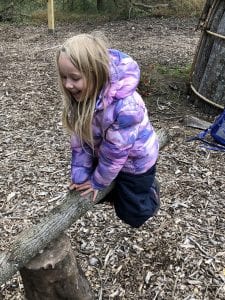