Welcome to Monday’s Living Wetlands Homeschool!  I am so excited to start spring semester.  We began our semester by exploring a topic about Maple Sugaring.  It’s that time of the year again at the Irvine so we explored some of the trails while looking for tapped trees, stoking the fire under the evaporator and doing some maple syrup tasting.

Maple Sugaring has a long history, dating back to the Native Americans that discovered the sap that flowed from certain trees can be manipulated into a very tasty food.  We read a Native American story about how the sap used to flow thick from the trees and it was watered down by a native person so that his fellow tribesmen and woman wouldn’t be so lazy, laying under the trees as sweet syrup poured into their mouths!  And it’s true, the syrup that collects in the buckets is pretty much just water with a only the slightest hint of taste to it.  Before looking at the tapped trees we learned a bit more about how to identify trees in winter without leaves by looking at whether the branches are alternate or opposite.  We learned that maples are opposite branching and we compared some trees as we explored.  After looking at a tapped Sugar Maple, Red Maple and Black Walnut, we explored some of the wetlands before heading to the Sugar Shack to see how the process progressed, but first we stopped at the creek. This semester we are going to be learning about the three things that makes a wetland, a wetland.  Water, soil and the plants that live in wetlands.  We will also be learning more about the animals that rely on wetlands for their survival.  We caught a glimpse of a few wetland plants today.  One being the skunk cabbage (pictured below), which is one of the first plants to bloom in late winter/early spring.  It is already popping out of the ground near the stream on the back edge of the property (you can actually see one in the water in the picture above in the lower right).  We got to smell it too and learn how it got its name.  We explored some of the wetlands dominated by cattails, which are dead from last year.  Once these have fresh growth in spring there is a lot we can do with them!

We headed over the Sugar Shack and read the Native American story and watched as a female Northern Harrier flew low over the field behind us.  We explored some of the props used by the native peoples to collect sap, such as wood spiles (the part that is tapped into the hole that is drilled in the tree) and birch wood baskets.  We also saw the evaporator in action as the sap slowly heated over the large stove.  Syrup from trees is boiled down to create pure syrup.  It takes 40 gallons of watery tree sap to make only 1 gallon of sweet, delicious pure maple syrup.  After stoking the fire a bit we practiced an Acrostic using our names.  We wrote our names out and used the letter of names to write words that described us. To finish the day we headed back to Irvine for a maple syrup taste test and learned how different the ingredients are from real maple syrup and other cheaper brands.  Overall everyone enjoyed the real stuff better in a blind taste test!  We also got to sample some homemade maple syrup candies and then finish off by arranging the order of the process of maple sugaring with cards.

(Some of the pictures in the gallery are sideways and wordpress isn’t allowing me to flip them.  I’m happy to send pictures via email in the correct orientation :)) 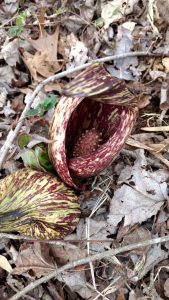 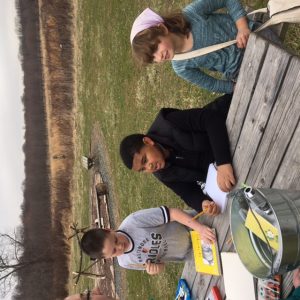 Getting ready to do our Acrostic about me poem” 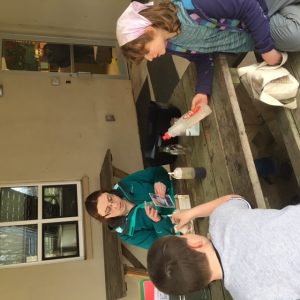 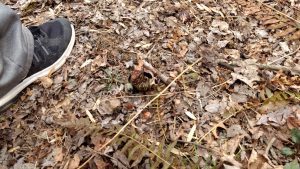 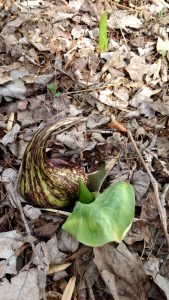 Good glimpse of the leaf starting to grow