Irvine has unveiled one of its newest features…a worm composting bin!

Irvine’s first Chesapeake Conservation Corps Volunteer, Skyla Steele, developed the worm bin as part of her capstone project, in order to improve Irvine’s composting system. This worm bin allows Irvine to reduce food waste and provide an educational tool to visitors. The bin was installed by the picnic table area as a constant reminder to visitors to compost their food waste. 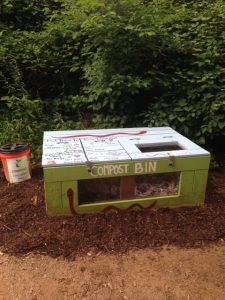 Worm composting or vermicomposting, is the process of using worms to break down organic waste in order to produce humus – a nutrient rich, organic soil. It takes a special kind of worm to make this happen. Red worms are the most common worm species for composting. Unlike their cousin the earth worm, you won’t find any red worms in soil; they prefer to live in moist newspaper. Newspaper strips provide air, water, and food for the worms. Red worms are very picky eaters. 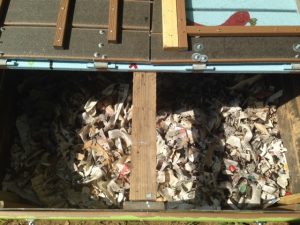 Newspaper Bedding for the worms 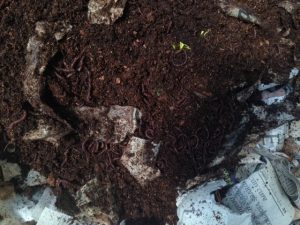 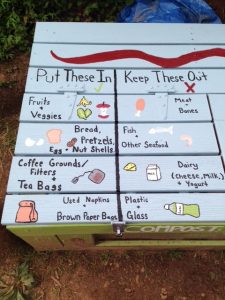 Composting is a sustainable way to reuse and recycle old newspaper and food scraps. It also reduces the need for water, fertilizers, and pesticides. Compost can be used to add a protective layer over plant roots, in potting mixes to add nutrients to container growing plants, and to amend garden soils that are lacking nutrients. 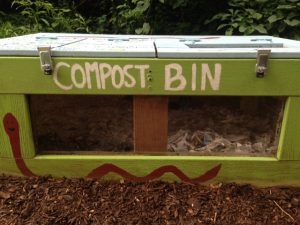 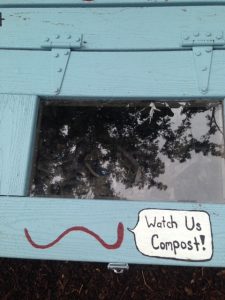 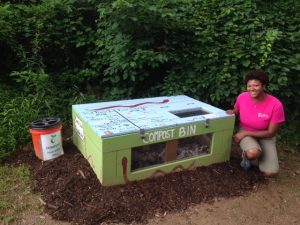