PLEASE FEED THE HUNGRY THIS WINTER . . . In Your Own Backyard 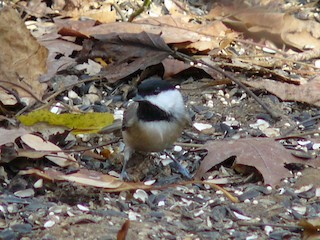 If they haven’t already, thanksgiving generally marks the time of year when bird lovers should begin putting out seed for their winter feathered friends. As nightLY LOWs dip into the 30’s, it becomes increasingly difficult for wildlife to find insects to eat. 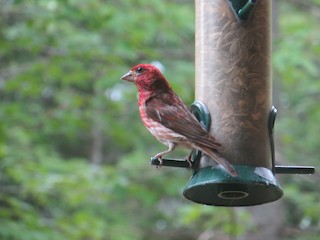 competition becomes keen for both late-season perennials that have gone to seed and for edible berries that are still ripe. year-round resident songbirds, as well as the handful of species which arrive from northern climes to winter in our region, need to eat a lot in order to survive the FREEZING nights ahead. over the past few decades, as the popularity of birding as a relaxing and fulfilling hobby has skyrocketed, birds have become increasingly reliant on the generous bounty of many a backyard feeding station. 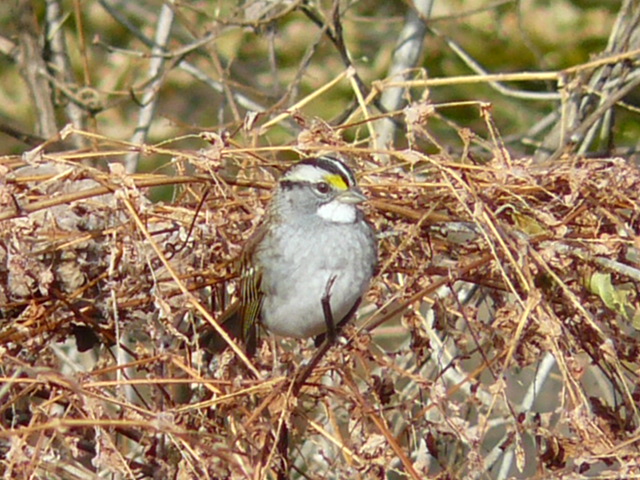 Even before the coronavirus pandemic, birding had become the second most popular outdoor hobby in the U.S., behind only gardening. Backyard bird feeding really began to catch on in the 1980’s and it’s become increasingly prevalent ever since. In recent years, over $4 billion (yes, that’s correct) are spent annually on bird seed and feeders in which to put it–just in the United States! And since the pandemic struck, sales of birding-related items are soaring to record heights; some say they’re up 50% from the previous year!

Despite the enormous popularity of feeding, watching, and counting backyard birds–especially during the cold, dark days of winter, until recently there had been surprisingly little quantifiable research about the abundance and diversity of birds that commonly visit feeding stations. 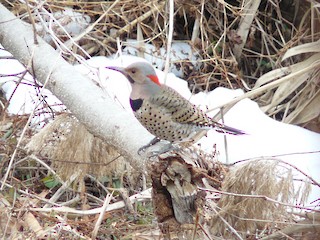 That all changed when Cornell University’s Laboratory of Ornithology started Project FeederWatch in the winter of 1987-88. Based on a similar program run by the Long Point Bird Observatory in Ontario in the 1970’s, FeederWatch began with 4000 participants the first year; participation has increased more than five-fold since. A most enjoyable way to ease into ‘citizen science’, FeederWatch requires little more than recording how many of each bird species visit one’s feeders over a two-day period, and repeating this process a couple of times a month throughout the winter. There is no specific amount of time required (no, they do not expect observers to sit by the window throughout the two days, but generally ask for at least an hour), so observing just becomes part of one’s normal routine–checking whenever walking by the window, watching during a brief meal or snack–and never feels burdensome. The data contributed by the 20,000+ FeederWatchers around North America has been utilized in dozens of scholarly publications and helped ornithologists gain insight into close to 100 species that winter in the U.S. and Canada. Some of their findings are summarized here.

In Maryland alone there were 311 FeederWatchers last year; Irvine Nature Center was one of them. Along our Woodland Loop Trail, we have two bird blinds that overlook our two main bird feeding stations.  The ‘Woods’ site is fairly close to our Aviary and brings in characteristic songbirds common to eastern deciduous forest. The ‘Edge’ site sits midway on the  hill between our Education Hut and the Gazebo, where the upland forest meets the Pollinator Meadow; as a result, it tends to bring in several additional sparrow species that rarely venture into the forest interior. We began the 2020-2021 monitoring of both sites two weeks ago, and this is now our TENTH winter doing so. For the past few years, our dedicated volunteer FeederWatchers (to whom we are highly grateful) have included Sue & Tim Davis, Kim Berk, Jeff Pargament, and Rob Mardiney. Collectively, over nine winters of watching, an impressive 38 bird species have been recorded in all; 29 of them have appeared at both of the feeding sites! 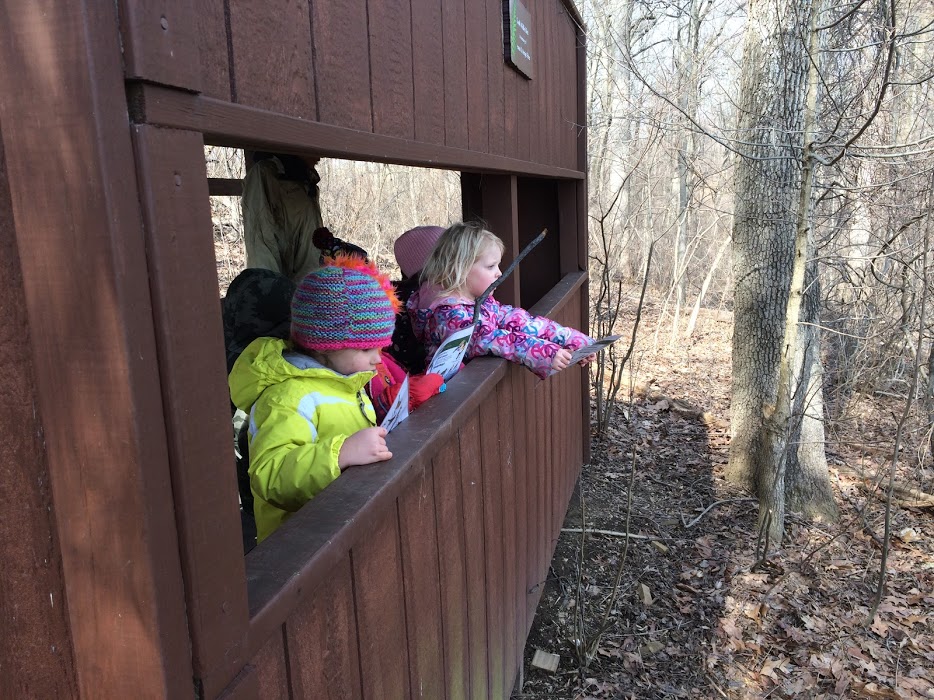 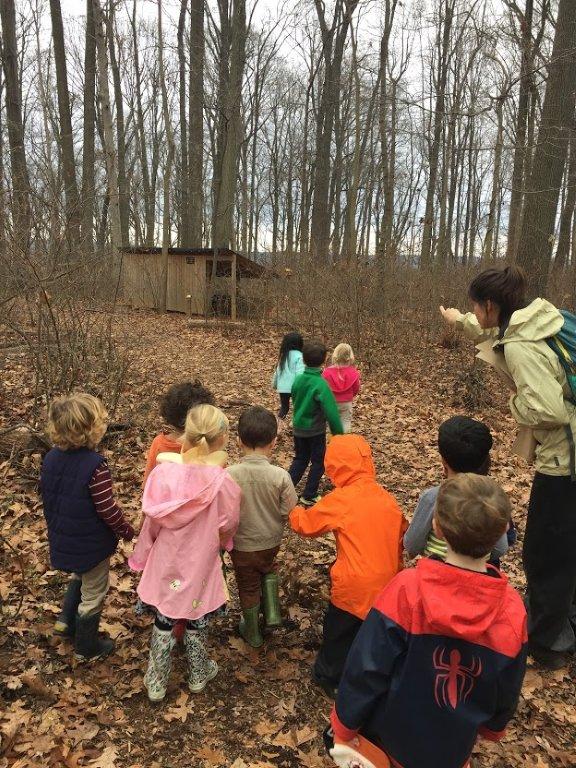 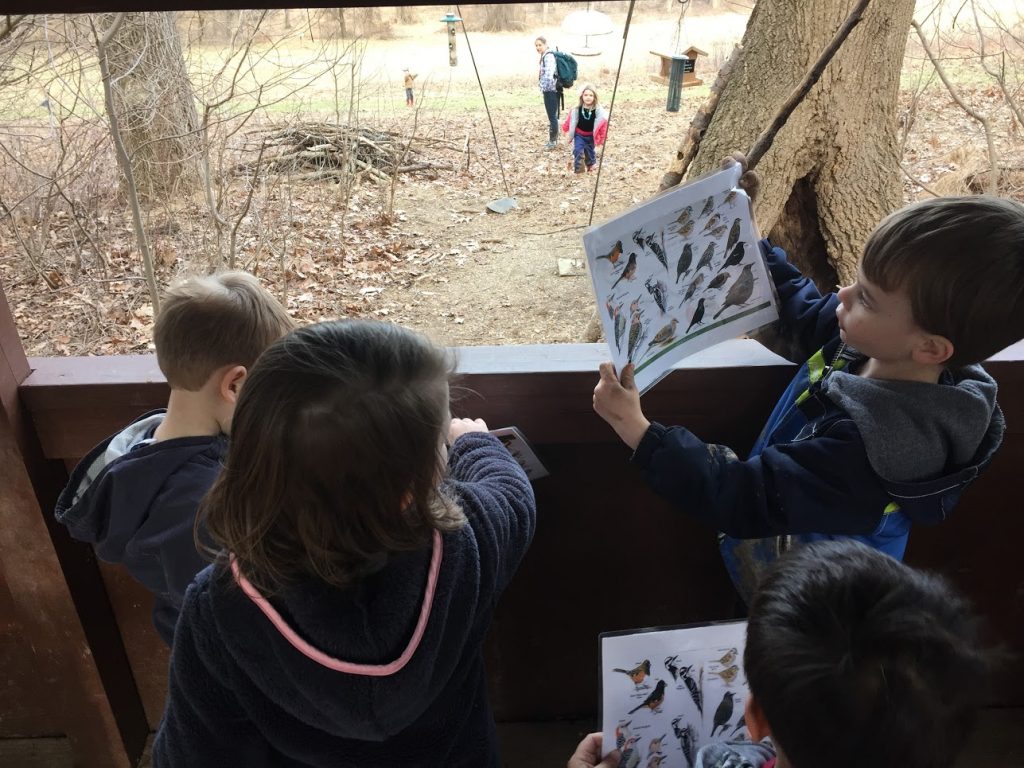 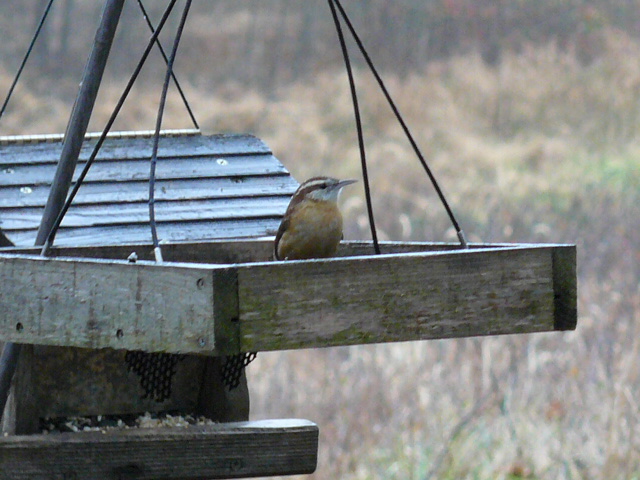 For those of you who feed at your own homes, it will be especially important to stock your feeders over the next few months whenever there is frozen precipitation on the ground. With no leaf litter accessible to pick through, sparrows, wrens, and other ground-feeders will be unable to find lingering invertebrates, seeds, or nuts on their own and will rely upon familiar locations of human-provided food sources.

It is equally essential to thoroughly clean and disinfect your feeders from time to time–especially at the beginning of each feeding season.

One of the few downsides to feeding wild birds is that it congregates them in close company, where disease can spread quickly. This was the case with an avian form of conjunctivitis (see left) which ran rampant through eastern populations of House Finches in the mid-1990’s, leaving many of them blind and unable to survive. The bacterial infection is still present today and afflicts not only that species but also, to a lesser extent, several other types of finches. Feeding stations that are not regularly maintained also run the risk of providing old, uneaten seed or remaining hulls that can rot, mildew, and grow mold; providing new, dry seed is especially necessary after periods of wet weather and/or hot, humid conditions.

While the benefits of providing a readily available food source 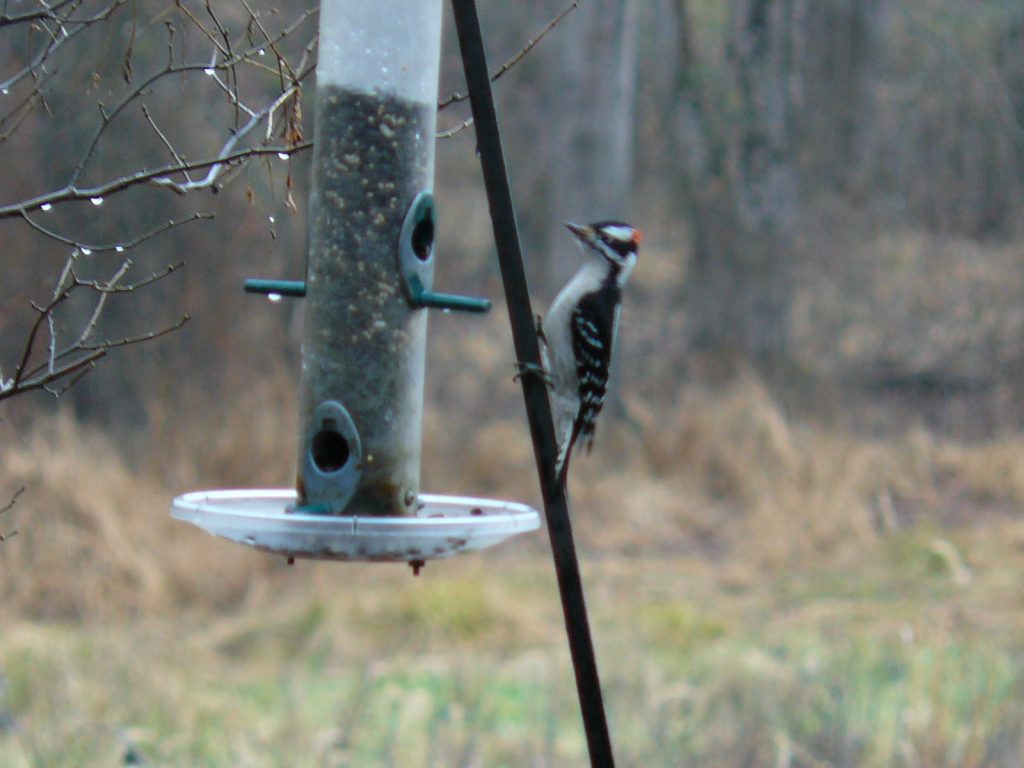 for wild birds easily outweigh the potential negative consequences, one can take some steps to minimize the dangers. In addition to keeping a clean feeding area and changing seed before it becomes moldy, one should also be sure to set up a safe situation in which birds are unlikely to collide with the glass windows of one’s home.  (See previous blogs on the subject of window strikes.) 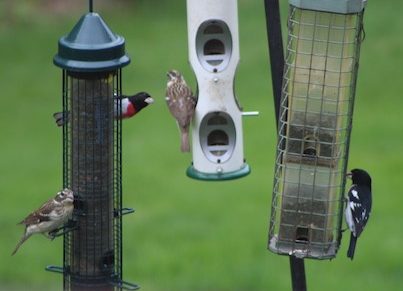 Somewhat counter-intuitively, it is actually safer to position feeders close (within a few feet) of your windows than further away. Small songbirds are skittish to begin with, and feeding stations do attract a number of predators (Cooper’s Hawks, Red Foxes, and outdoor cats* being the most prevalent in our area. In fact, the dramatic increase in the abundance of Cooper’s Hawks over the past few decades has primarily been attributed to the species’ adaptation to using bird feeders as a quick ‘fast food stop’ for a songbird dinner.) The appearance of any one of these dangers will instantly scatter small birds in all directions; if feeders are located 15-30 feet away from windows, that’s plenty of distance to build up enough flight momentum to seriously injure–or even kill–any small bird that hits glass, upon impact. Feeders placed much closer to windows not only provide house residents with wonderful views of the visitors at their feeding station, but don’t allow birds to gain much speed; hence, window strikes from just a few feet away are rarely serious.

*Of course, any true friend of wild birds knows that outdoor cats are an enormous and completely unnecessary–and unnatural–threat, as technically they are an invasive species on this continent. This topic has also been addressed in a previous blog–and was the focus of a thought-provoking Eat, Drink, & Learn presentation by Georgetown University biologist and author Pete Marra last summer. The bottom line for any nature lover is that while cats have many redeeming qualities as pets, they DO NOT belong outdoors and wreak havoc on many populations of native animals. PLEASE keep them away from bird feeders! 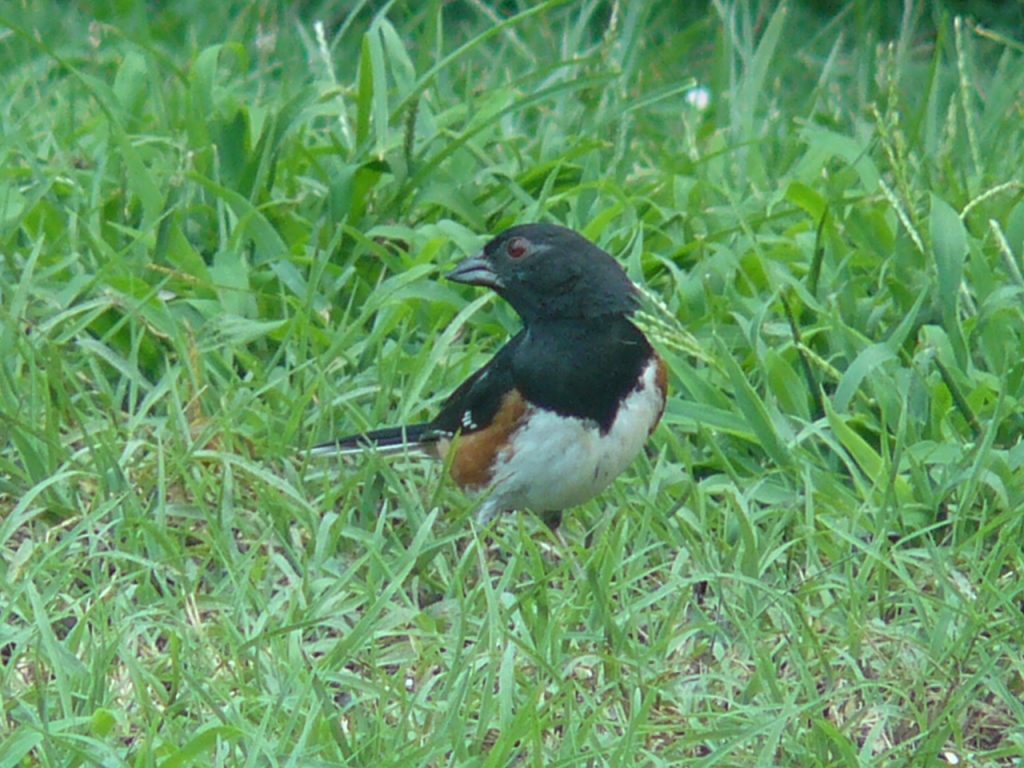 We at Irvine encourage all of you to consider setting up a bird feeder or two in your own yard. The birds, of course, will be grateful, but you, in turn, may be surprised by how much joy it brings your family to have colorful backyard visitors flocking to the meals you set out for them. Particularly during these stay-at-home times, nature can open up an entire new world of wonder and beauty–a lesson so many of us have learned out of necessity in 2020. And nature’s mysteries can be discovered almost anywhere; one doesn’t have to leave the neighborhood to find fascinating critters, plants, and entire ecosystems to explore.

And once you become familiar with the more common bird species in your yard this winter, why not sign on to be a FeederWatcher next year? The more data scientists have on which to base their research, the more significant their discoveries will be. In case you’re wondering, below are the 12 species we Marylanders are most likely to find frequenting our feeding stations–based on last winter’s data from Project FeederWatch.  –BR

MOST COMMON SPECIES AT MARYLAND BIRDFEEDERS, 2019-2020

(Those Reported at over 80% of all 311 FeederWatch Sites)